ADD: How Dx is Made

Have you ever wondered how the powers that be determine whether a kid is ADD/ADHD or not?  How do they know…like are there specific tests or markers, an ADD litmus of sorts?  Because remember from last post, the predominant “health” paradigm in the world today is a mechanistic medical model–there’s usually a physical problem–so shouldn’t there be distinct physical evidence?  In the next two posts we’ll investigate each one of these questions as well as consider another, perhaps better, way of looking at things.

To be diagnosed ADD/ADHD, a child has to exhibit particular behaviors for an extended period.  Because a number of other disorders have similar (if not exactly the same) symptoms as ADD, it’s important for the diagnosing doctor, school nurse, teacher or principal (ya don’t think so?…then I’ve got a bridge to sell ya…) to be able to differentiate between this behavior disorder and all others that cause lack of focus. 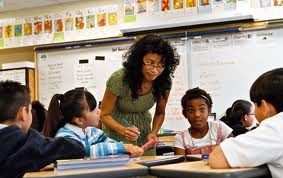 Yes, that’s right, I said a behavioral disorder.  That’s a crucial distinction to be made for ADD; in other words, NO PHYSICAL MARKER–no specific test or neurophysiological change that can be measured, just the observation of a professional.  Don’t worry, medical science is working hard to find that marker.  And as I always say, “If you look hard enough, you’re bound to find something.”  But, I know, you’d think after more than 100 years, and being the best studied disorder in all of medicine that, well…

The signs necessary to classify a child (or adult) as ADD are the following (six or more must be present for at least 6 months to a point that is disruptive and inappropriate for the developmental level):

For hyperactivity-impulsiveness (six or more must be present for at least 6 months to a point that is disruptive and inappropriate for the developmental level):

Interestingly, these are the criteria used in the U.S.; they come from the Diagnostic and Statistical Manual of Mental Disorders (DSM-IV).  In Europe, the International Statistical Classification of Diseases and Related Health Problems (ICD-10) is used instead.  According to one review, use of the DSM criteria increases the likelihood of an ADD diagnosis 3-4 times more than if the ICD-10 is used.

And what causes ADD…according to the current model, that is?  Well, no one really knows for sure.  Here are a few existing theories: 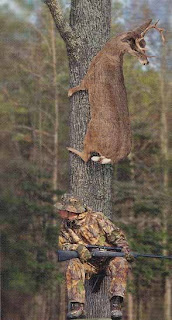 In all of this, the pathophysiology (the functional changes) of ADD remain UNCLEAR!!!  Did I get that point across strongly enough?  Many signs, many symptoms, no consensus, many theories…but no clear-cut evidence.  Frickin’ duh!!!  Part 2 tomorrow.