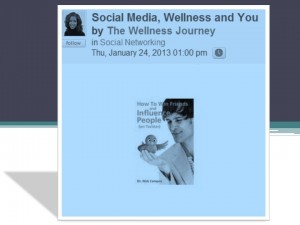 Later today I will be interviewed (archived podcast here) on The Wellness Journey with Lynnis Woods-Mullins (@PraiseWorks), and we’ll be discussing the wellness aspect of social media. Wellness and social media? You bet. Social media is simply an extension of our already hard-wired nature to form social groups. The stronger (and for some people bigger) the groups, the more mental and physical advantages one has. There may even be a connection to longevity. Dang! Yes, being social is a part of the human evolution.

Our strongest advantage as a species is our ability to organize and manage large groups. We learned early on that we would be more powerful as one thousand than as simply one or a few, and so we took advantage of our capacity to cooperate and form civilizations. Now cooperation is not a purely human phenomenon, as many animal species do it, but in sheer capacity and sophistication, humans take the cake. We’ve expanded our social organization progressively from the beginning of existence, moving from hunter-gatherer tribes to the internet. Social media is just the next leg of that human social evolution. 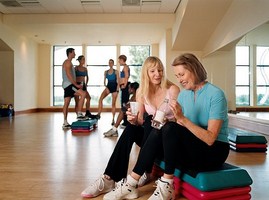 Professor Jolanda Jetten from the University of Queensland, Australia commented on the findings from these studies: “New research shows just how important groups and social identity are to well-being. This is something that people often overlook in the rush to find medical solutions to problems associated with ageing, but it is time that these factors were taken much more seriously”.

And says Dr Catherine Haslam of the University of Exeter in the U.K.: “On the basis of what is now a very large body of research we would urge the medical community to recognize the key role that participation in group life can play in protecting our mental and physical health. It’s much cheaper than medication, with far fewer side effects, and is also much more enjoyable.”

Other studies that I have reported on in this blog also show the wellness benefits to social interactions. One study (2008) showed that people with large and strong social networks fared better following surgery—in healing time and extent. Another study (2008) showed that our sociability is actually a biological/neurological  trait, giving further evidence to its role and interdependence in human evolution. 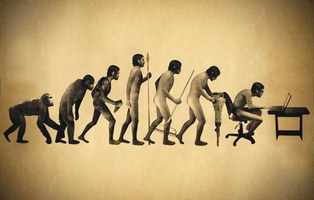 Another in 2009 which showed that repressed emotions can lead to greater risk of dying from a cardiac event, while a 2010 study showed that having strong social networks and interactions actually decreased death, in general, by 50%.

These studies simply confirm why using social media to remain connected, and thus in wellness, is the wisest practice people can adopt. Social media isn’t just digital narcissism, as some skeptics have defined it. It is real interactions, in real time, with real people (and if you really can’t tell the difference, then you really do need to get out more)—the perfect ingredients to rich social health and wellness. Keep Tweeting.