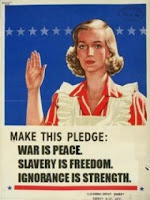 You all know how I feel about mandated vaccinations–it’s damn near Orwellian! Here’s a little story about what can go wrong when the government steps in and decides what they think is best for it’s peoples’ health, and then forces them to comply.

From 1994-1998, the right-wing government which controlled France at that time mandated a national hepatitis vaccination campaign to “protect” its people against this dreadful microbe. 20 million citizens were vaccinated against hepatitis B which can infect the liver. As it turned out, approximately 1,300 people allegedly contracted serious side effects from the vaccine–one woman died. Now two drug companies are facing charges that they withheld important information regarding side effects of the vaccine, French officials reported yesterday. Smithkline Beecham, now GlaxoSmithKline GSK, and Pasteur Merieux MSD-Aventis Pasteur, now Sanofi Pasteur MSD, are accused of aggravated deceit for their roles in the mass vaccination campaign. Both companies deny any wrong doing.

OK, I’m not going to play judge, jury or hangman on this post. I will contend that, perhaps, the drug companies did nothing wrong; they just provided a product. It’s really up to the consumer to weigh the risks. My main problem here lies with the fascist government that not only backed mass vaccination, but ordered it. How dare any government tell its people what they must put into their bodies. What an absolute violation of human rights. It seems to me that the French government, the one in power during the hepatitis vaccine mandate, is liable for criminal conduct–forcing anyone to undergo a medical treatment is simply barbaric. 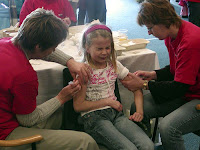 Now welcome to the world we live in: Mandatory vaccinations are increasingly introduced into legislation here in the good ol’ US of A. Mandatory HPV vaccinations for girls in Texas, mandated flu vaccinations in New Jersey–what the hell is this world coming to?

Are you a big believer in the “this world was a cesspool before vaccinations” philosophy? Great! Go ahead and inoculate your heart out. And you trust that the government knows what’s best for you? Great? Enjoy your life. But don’t tell me what to put in my body, or my child’s. It’ll be a cold day in Hades before I accept what the corrupt political machine tells me I have to do to maintain my health. Heck no–I’d rather move to France.