A study performed at the John’s Hopkins School of Medicine fed 30 epileptic subjects a diet restricted to 15 grams of carbohydrate a day. The rest of their calories came from fats such as eggs, meats, oils and heavy cream. In addition, the subjects were free to eat as much protein and no-carb drinks as they wanted. After one month on the diet, half of the subjects (15) experienced 50% less seizures. Remarkable!

Right now scientist are unsure of exactly what causes the reduction in seizures, but it is good news particularly for epileptics who respond poorly to anti-convulsant drugs. The subjects in the study all had unsuccessfully tried two medications in the past, and were having ten seizures per week on average. The low-carb diet has already been established as a valuable seizure control in children, but researchers wanted to see if the benefits extended to adults as well.

The one negative of the study is that only two-thirds of the participants stuck with the diet for longer than three months, finding it simply “too restrictive”. This is not surprising coming from a culture where carbohydrates make up a large portion of its calorie intake. Putting things into perspective, 15 grams of carbohydrate are: 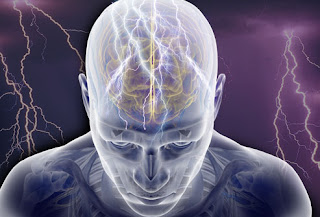 And they could only have one of the above…per day! I know, I know–to prevent seizures most everybody would say they’d do anything. But if you’ve never tried to eat that little carbohydrate, you don’t know how hard it can be. Without a doubt, it’s still way worth the effort; but I’m sympathizing anyway–I’ve changed enough habits to understand the challenge. I guess it just comes down to prioritizing one’s values.

I think the most important thing we can all pull out of this is to remind ourselves how carbohydrate-heavy (read: sugar) our western diet is. If you want to get the most from your health, start cutting down the carbs and sugar now, while you’re still healthy. And definitely don’t start the habit with your children. These eating patterns are learned behaviors; they can certainly be unlearned, but much easier to not learn them in the first place. We all need carbs, no doubt; but we definitely don’t need them to the excess that many of us consume. So be smart–chill on the carbs a bit; you’ll do wonders for your health as a result.