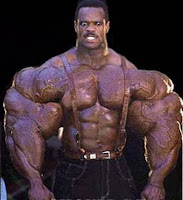 Here’s a big surprise: Steroid user are twice as likely as non-users to engage in violence. Let that sink in.

I know what you’re thinking: No kidding! But believe it or not, some previous studies have shown the link to be inconclusive. However, researchers at Florida State University’s College of Criminology and Criminal Justice looked at data on almost 7,000 young steroid users who were tracked since 1994, when they were in middle school and high school, and followed them through 2002.

The researchers found that steroid users were about twice as likely to have committed at least one violent act in the past year than men who never used them–even when statistically accounting for other drug use or prior violent tendencies. The violence included fights, shootings, stabbings or injuring another person badly enough to need medical attention. No women steroid users were studied. 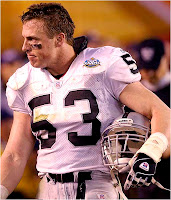 Steroids are used by bodybuilders and athletes to gain muscle mass and strength. In the U.S. they are only attainable by prescription through a doctor. However, they aren’t too hard to get illegally. Many body building gyms have “pst, pst” privileges in their back rooms, and professional athletes get theirs from trainers or directly from labs.

Aside from roid rage, the term used for aggressive and hostile behavior exhibited by steroid users, using the juice also has been linked to heart problems, liver problems, acne and disturbinces of secondary sexual characteristics like gynecomastia (man tits) and testicular atrophy (small balls) in men, and deep voice, hairy chest and clitoral enlargement in women. To read a great article on how anabolic steroids affect the body, click here.

Well, I guess it’s really not that big of a surprise to most of us. We’ve all seen the “don’t f#@ with me” buffed guy walking down the street. Some of us have witness roid rage first hand. And yet, there are still deniers: They say roid rage doesn’t exist (see video below). What do you think?