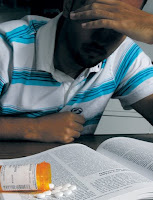 Who are the biggest up-and-coming speed freaks of the 21st century? Academics!

Yes, our nation’s literati are doing legal speed to boost brain power. Or so they say. According to a recent report, the production and supply of “brain-boosting” stimulants like Ritalin or Provigil has increased 300% between 1995-2006. But not all people use these easy to get drugs for intellectual prowess. Some, no doubt, use it simply to get high. 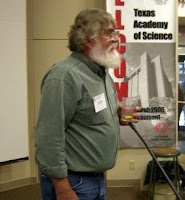 This latest drug abuse trend has some in health care worried–and rightly so. When altered states of consciousness become tolerated, even desired, in our institutions of higher learning, there is cause for concern. Primarily because most controlled substances have the potential for abuse and a high risk of addiction–the last thing we need in our universities, seeing how much power academia yields in politics and public opinion.

The concern has been sparked by a recent commentary in the journal Nature on Sunday that argues for use of the drugs in healthy adults as a legitimate way of improving brain power, much like education, the Internet or other helpful tools. Doesn’t this echo Timothy Leary’s turn on, tune in, and drop out ethos of the 1960s? Damn if things don’t come back full circle. The problem is that these pharmaceuticals have a much higher probability of leading to dependence than Leary’s LSD. And as you know if you’ve ever been dependent, drugs have a way of running one’s life.

So, increased brain power or not, I wouldn’t recommend playing this dope game. But if you must, just remember…I told you so.