People Spend Where They Value 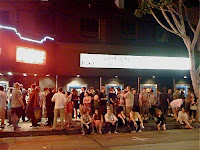 What do you like to spend your money on? Movies? Clothes? Your hair? Beer? Although at times money may be tight–we always seem to find the dough for what we need. Did you know I used to smoke cigarettes? There were times I was dirt poor, not a piece of bread in my cupboard; but I always had smokes…always.

That’s why I scoff at reports which state that people hold back from health care because of cost. A recent survey claims that 20% of Americans delayed or postponed medical care, mostly doctor visits, because of cost. These surveys are used as fodder for ideologues trying to push an agenda. So of course this latest Thomson Reuters poll, and the many number of polls like it, are simply ammo for the solely political issue of universal health care that is being pushed onto us now. 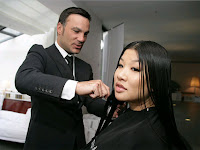 You know as well as I do that these same people holding off on medical care for financial reasons are going to the movies, roasting at Coachella, drinking at the pub, getting their $750 Jonathin Antin haircuts, and so forth; and they are spending their money for those things because they value them–that is, they get something for their money. Health care often is of subtle value, especially if there is no immediate problem. So, yeah, people will forgo those routine physicals, where you go through the discomfort of a digital probe simply to be told, “Rectum of a twenty-year-old,” because, well, they seem pointless. 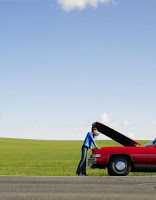 I believe this happens because, as I said, health care often has subtle benefits. Unlike an auto problem, for which most people will fork out the cash, no questions asked, opting out of a routine office visit at the doctors won’t strand you on the side of the road.

Now, obviously, neglecting health in this way is foolish. That’s true whether we are talking about passing on a chiropractic wellness visit, a gym membership, or dietary supplements, simply because you gotta stretch the dough and the health regimen just doesn’t fit in this month (and you’ve got to budget as you’re seeing Jonathan next week). It just comes down to what you value.

I’m not judging peoples’ values here; we value what we value. But I don’t care for this political sleight of hand–using ambiguous data to support an agenda. Yes, the recent data collected in the Thomson Reuters poll is ambiguous. Without knowing where else these same people are spending their money, we can’t make any serious conclusions about the prohibitive costs of health care.