Do As Your Doctor Do Gets Yer Swine Flu Shots Here

Celebrity Disc Jockey, Adam Goldstein, also known as DJ AM, was found dead in his Manhattan apartment this evening. Police had to break down the door and they found drug paraphernalia in the apartment. Details are being withheld until the Goldstein family is notified.

DJ AM survived a recent brush with death nearly one year ago when a plane carrying him and Travis Barker of Blink 182 crashed in South Carolina. Four people died in that crash, but Goldstein and Barker miraculously survived, despite suffering massive burns. Goldstein, at that time, said he was grateful to be alive. “I can’t believe I made it,” he said. “I’ve prayed every night for the past 10 years. There’s a lot more to thank God for now. … I was saved for a reason. Maybe I’m going to help someone else. I don’t question it. All I know is I’m thankful to be here.” 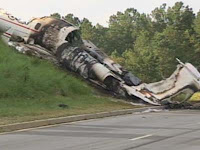 DJ AM came to fame through his celebrity relationships with Nicole Richie and Mandy Moore, as well as his club spinning vocation. He had talked openly about his previous addictions to crack cocaine, Ecstasy and other drugs, but he claimed he had been drug-free for years.

Well, another sad celebrity loss in a year that saw Michael Jackson, Danny Gans and Billy Mays all overdose on drugs. This is nothing new as musicians, comedians and actors have been dropping yearly to drug overdose for decades. Maybe it’s the pressure or maybe it’s the accessibility, but these high-profile people seem to take it to the limit when it comes to drugs. I know, I’ve been there; but I’ve stopped; and I know the difference between a life on drugs and one that’s clean. No comparison, in my mind, which one is fuller, richer and more rewarding, but that could just be my perspective. What is a shame is that DJ AM also knew, supposedly, the difference; yet he chose to play around one more time.

Once again I’ll say, I’m no teetotaler. I have nothing against anybody’s drug use. Do what you want, really. But if you do care about your life, just remember that every time you play around, even if you think, “Ah, it’s just a little…,” you’re taking a chance. Each time could be the last. That’s all.