Sexually Satified Women Have Greater Well-Being I Have High Cholesterol 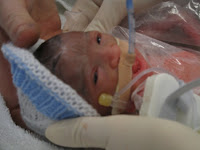 If you are not fully aware of the amazing intelligence of the human body, let me fill you in: A 40-year-old woman who fell into a coma while 13-weeks pregnant gave birth to a healthy baby 22 weeks later in a German hospital, sources disclosed this week. The incident occurred one and a half years ago, but was withheld until Friday to keep the astounding results from setting off a media circus.

The mother suffered a heart attack early in her pregnancy and remained in a coma throughout. Doctors did not disclose whether the baby was birthed naturally or by cesarean section. The baby is now 1 1/2 years old and healthy. Matthias Beckmann, a director at the hospital in Erlangen, Bavaria, said: “We wanted to keep the spectacular case secret for as long as possible to demonstrate that we’re not experimenting on people and that the child is still healthy.”

Anyone else in awe of the body’s incredible innate intelligence? The body knows what to do and when to do it. The current medical/physiological paradigm perceives the body as highly fragile and fallible. There are some, it believes, that have “good genes,” and are therefore strong and resilient. But for some poor folk–those cursed with “bad genes” or those that have simply gotten the short end of the stick (whatever that’s supposed to mean)–medical science believes their bodies can’t produce proper amounts of cholesterol, or that their brains are dysfunctional in their regulation of neurotransmitters; and that somehow they needs a lifetime of medical intervention to function properly and sustain life. 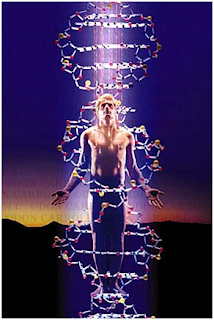 You know, if this was the rationale behind some medical cases, then I might not scoff. But this paradigm is the prevailing belief system in nearly all of health care and medicine. It’s false.

The human body has an innate intelligence governing it, and the source is not simply genetics. The body knows what it needs and to what degree in development, maintenance and healing. It produces enough cholesterol, serotonin and dopamine for its particular host, even if that amount is outside “medically determined” norms. The innate intelligence of the body is smarter than man; it knows how to regulate a system better, within a wider range of variabilities, than man-made pharmacology does.

Don’t believe me? Ask a German-born child who spent 22-weeks developing in the womb of a comatose mother, who was delivered healthy, and remains alive and well one and a half years later. In a few years ask that child what he or she thinks about innate intelligence.

Let me know what you find out.