Bevy of Sex News How Drugs Reshape the Nervous System

Too Many Kids Vit D Deficient 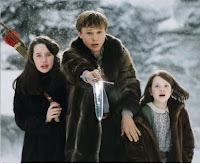 Vitamin D deficiency can lead to many illnesses including infections, diabetes and even some cancers. Even the severity of asthma symptoms has been shown to be increased in children with low vitamin D levels. But the most common ailment attached to vitamin D deficiency is bone weakness, or rickets, common a century ago but still happening today with all to often frequency. D-D-D-Dang!

The RDA for treating and preventing rickets is 400 IU vitamin D daily, which can be obtained by drinking four glasses of fortified milk. Vitamin D can also be obtained from sun exposure, which unfortunately may be lacking in children residing in northern climates and those with darker skin tones. The explosion of computers and video games is also a risk factor for children that do not spend enough time outdoors. Further, many kids are not getting enough milk, cheese or fish–all good sources of vitamin D.

So what’s the answer? How about a good vitamin D supplement for junior? Can’t get them off the Madden 2010 and playing outdoors??? (many children found to be vitamin D deficient were also overweight or obese–D-D-D-Duh!). Then you’ve got to pick up a good supplement, period.

Then slap yourself across the noggin AND GET JUNIOR RUNNING OUTDOORS D-D-D-DANGIT! I mean, what’s the major malfunction??? It’s not rocket science: Kids need to be outdoors running, playing, wrestling, carousing, whatever–it’s the natural order of things. Video games–and that includes the Wii—sorry–are for “sometimes“. That’s it, d-d-d-dagnamit! Vitamin D deficiency is no joke–don’t treat it like one.