More on Brittany Murphy Welcome to the Future 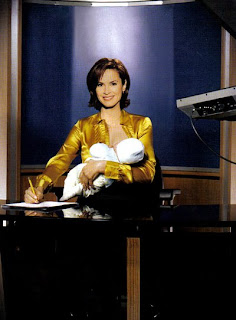 Pediatric science has learned what many a man instinctively knows–no such thing as too much breast. In fact, the American Academy of Pediatrics recommends that women breast-feed their babies exclusively for six months and continue breast-feeding for at least an infant’s first year of life. But, unfortunately, many women are quitting early.

According to a recent study published in the journal Pediatrics, relatively few American women breast-feed their babies for the full first six months of life, let alone an entire year, despite the fact that more women are starting their babies on breast milk. The study, a part of a larger analysis called “Juggling Work and Life During Pregnancy,” funded by the U.S. government’s Maternal and Child Health Bureau, sought to study how returning to work affects new mothers’ ability to breast-feed their babies.

What they found was that women that take short maternity leaves–six weeks or less–had more than a three times higher risk of quitting breast-feeding compared to those still at home who hadn’t returned to work.

The American Academy of Pediatrics recommends that women breast-feed exclusively for six months and continue breast-feeding for at least an infant’s first year of life. Exclusive breast-feeding–meaning no water, juice, formula or foods–has been shown to improve protection against many diseases, including bacterial meningitis, diarrhea and ear infections.

In the first half of the decade, the number of breast-fed infants increased somewhat, from 71% in 2000 to 74% by the end of 2006, according to a report from the U.S. Centers for Disease Control and Prevention.

However, these numbers do not tell the whole story, simply because they reflect the number of women starting their children on breast milk. Of infants born in the U.S. in 2006, 43% were breast-feeding at 6 months and 23% at 12 months. Just 14%, though, had been exclusively breast-fed for six months. The numbers fall short of national objectives for breast-feeding. Healthy People 2010, the government’s health promotion and disease prevention agenda, seeks to boost the number of breast-feeding women to 75% by 2010. The six-month and one-year targets are 50% and 25%, respectively.

According to Sylvia Guendelman, one of the lead authors of the study, “Initiation of breast-feeding, although it is one measure, doesn’t mean much. You can put your baby to the breast for two times and say, ‘Well, I tried it and I didn’t like it,’ or, ‘I didn’t succeed,’ but what you really want to look at is, of women who initiate, how many breast-fed successfully for at least six months?”

The study found that full-time workers with short postpartum maternity leaves were more likely to quit breast-feeding early. Those at highest risk were women in non-managerial and inflexible positions and women with higher stress levels. 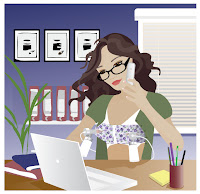 So it looks like the best approach for new mothers, if possible, is to take an adequate time off work. And speaking from experience, really working on pumping breast milk and getting baby used to taking it from the bottle will be invaluable here. Eventually, mama will go back to work, and baby will have to take a bottle sooner or later, so may as well start the habit early-on.

Breastfeeding is important. Do what you can to give baby mama’s milk for one full year–he or she will thrive as a result.