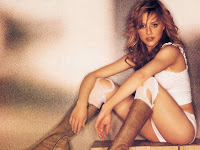 Some final words on the recent death of actress, Brittany Murphy. According to a forensic pathologist, attorney and medical-legal consultant, the 32-year old actress most likely died of drug toxicity. I know you are all thinking what I’ve already said, but since preliminary reports have the death listed as from “natural causes,” we can all sigh a collective, “No scheiße!”

Celebrity Web site TMZ is reporting there were “large amounts of prescription medications” on the nightstand when paramedics arrived at her Hollywood home, and that Murphy was “complaining of shortness of breath and severe abdominal pain” in the week before she died. 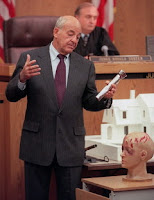 On Tuesday, pathologist Dr. Cyril Wecht (celebrity coroner that has worked on famous cases like Elvis Presley and JonBenet Ramsey) said on CBS’ The Early Show that although it’s possible Murphy died of natural causes, it would likely have been from a congenital heart abnormality (my words exactly); however, most people are aware that they have these disorders. More likely, he said, she suffered toxicity from a multitude of prescription drugs obtained both legally and illegally, a la Michael Jackson, Heath Ledger, and Anna Nicole Smith.

“When you have a 32-year-old person dying suddenly, and especially a celebrity in Los Angeles, you can place your bet down that it’s going prove to be a case of acute combined drug toxicity. And I bet you that this young lady tragically died in the same way that Michael Jackson did, and Anna Nicole Smith, and her son, Daniel Smith, and Heath Ledger — a combination of drugs that had been prescribed for her, prescribed for her husband, for her mother, in some fictitious names, probably by doctors who are very, very quick to make available anything that celebrities want, sometimes using knowingly fictitious names.

“So, even though these drugs are, quote, legal, unquote, they are, many times, illegally obtained. And it’s a tragedy. And it’s being played out everywhere in America every day, and we only come to know about it when it involves celebrities.”

The drugs in question? Ativan, one drug found in the Michael Jackson case, Klonopin, a drug involved in the Anna Nicole case, Hydrocodone, a common pain killer found in OD cases, and Vicoprofen, a form of Vicodin.

Another truism disclosed by Dr. Wecht, “I guarantee you that, if the pathologists at the Los Angeles coroner’s office had found something dramatic, like a heart attack, like a stroke, or like something of a definitive nature, would you have heard about it. The fact that they say that they’re going wait for toxicology tests and it will take a couple of months, you can be sure that this is going to prove to be a case of acute combined drug toxicity.”

*Brittany Murphy was laid to rest this evening at twilight. RIP.