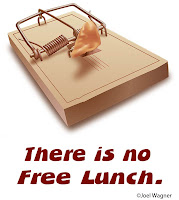 No free ride—dang!  There never seems to be something for nothing. Always a cost, always a price. Anyway, now it looks like a popular blood pressure medication may raise cancer risk. You mean I can’t eat what I want, neglect exercise, or indulge in type-A behavior at any time I want, and then just take a magic little pill that’ll make everything all right? Whuh?

According to a recent analysis of five previous studies following about 60,000 patients, researchers found a link between taking angiotensin-receptor blockers (ARBs) and cancer. ARBs are taken by millions of people worldwide for conditions like high blood pressure, heart problems and diabetic kidney disease. Researchers found that people taking these meds had a one percent higher risk of developing a whole range of cancers, including prostate, breast and a noticeable spike in lung cancer. About 85 percent of the people in the studies were on telmisartan, sold as Micardis, made by Boehringer Ingelheim Corp.

Although the individual risk is modest, the wide numbers of people taking these drugs means that the overall cancer numbers worldwide should increase due to ARB use. It is unknown at this time if the cancer risk is reduced following discontinuation of the drugs. 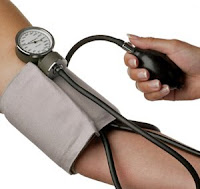 Of course, Boehringer Ingelheim Corp., makers of the drug Micardis, dispute the results, claiming their hypertension drug is one of the most-studied in the world. The company claimed in a statement that it had “internal safety data” contradicting the recent study. According to studies run by the pharmaceutical company, there was no link between increased cancer risk and Micardis. Yeah, yeah, yeah…

Lead author of the study, Dr. Ilke Sipahi, warned patients not to stop taking their drugs, and recommended they consult their doctor if they were concerned. However, he does say that he now thinks twice before prescribing ARBs himself. Nevertheless, for some people that can’t handle the side-effects of some of the other hypertension drugs, the risk of dying of stroke or heart disease far outweigh those of developing cancer.

Well let me interject my two-cents. Hypertension comes in two flavors, primary and secondary, the former being due mostly to lifestyle behaviors, the latter secondary to other causes, many hormonal. 85 percent of people with high blood pressure have the primary type. I hope you see where I’m going. If you handle your own lifestyle modification, take things into your own hands, why…you could lower your blood pressure and avoid the increased risk of developing cancer by using and ARB, like Micardis. Go figure.

Here are a few simple tips to lowering blood pressure: 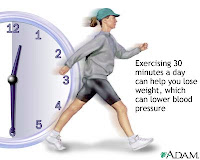 Blood pressure medications are supposed to be prescribed after lifestyle changes have been modified. But you know as well as I do that, like pretty much all medications in our arsenal, they are prescribed first and immediately, with lifestyle behaviors touched only obligatorily with the five second, “Oh, and you should probably lose weight and quit smoking,” line your doctor says as he hands you your scrip and walks out the door.

Listen, don’t rely solely on your doctors. They are overworked, and they know that most people won’t comply with suggestions on lifestyle changes (although this is not entirely true, it is a belief of the average medical doctor).  Be good to yourself, take your health into your own hands.  The results are yours and yours alone.  Trust me, there’s never something for nothing.  Nobody can do your exercises for you, and there is no such thing as a magic bullet.  Don’t worry, it’ll be worth all the hard work.

*Thank you Dr. Tim Swift, best chiropractor in San Clemente, for the reminder of my obvious oversight.