Wow!  Leave it to natural disasters to bring out the conspiracy theorist and fear-mongers among us.  As I peruse health news and social media sites regarding the radiation fallout from Japan’s crippled nuclear reactors, I am utterly amazed at what some so-called “health experts (mostly people who fancy themselves experts)” are putting out there.  Shameless.

According to one heavily trafficked scheiße-spreading site, Californians better run for the hills–NOW!  But wait–buy the site’s potassium-iodide pills, which can be shipped by this Monday!  Doh!  Funny that this site screams of one conspiracy theory after another, particularly directed at those they see as wanting to get rich, but not this “natural news” site.  Nooooo….they would never capitalize on a tragedy. 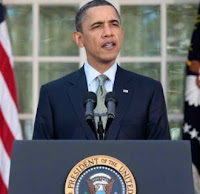 And another site agrees with the first and goes as far as saying that President Obama is in on a conspiracy against YOU!  According to site #1, “Governments are in the business of ‘preventing panic’ by withholding information you need to know. Governments believe that if too many people know the truth, it might start a panic, and even more people could die in the panic than from the event itself.”  Blah, blah, blah…

OK this post is not meant to be a rant against these irresponsible experts (whatever); it’s really meant to say that if you are worried about the radiation comi9ng over from Japan–calm down.  The true experts including the International Atomic Energy Agency, U.S. Department of Energy, South Coast Air Quality Management District*, U.S. Environmental Protection Agency, International Civil Aviation Organization, World Health Organization, President of the US, and Centers for Disease Control all say the radiation levels are now, and continue to be expected to be, below what could be considered a health hazard.  One flight attendants group has even distributed dosimeters to a sampling of its members as assurance that they are not being exposed to harmful radiation levels on trips to and from Japan.

If your twitter guru insists on selling you camu camu juice and potassium iodide pills, all the while telling you how he or she knows better than the agencies listed above, and you really want to believe that–then great, you’ve got time to order and send his/her kids to college.  You want to buy plastic and cover your windows–great, start wrapping.  Otherwise, keep pulling for the Japanese people and anyone currently in Japan, because the radiation threats there are very real.

*The agency’s monitors are part of the U.S. Environmental Protection Agency’s network of more than 100 sensors across the nation that track radiation levels every hour.