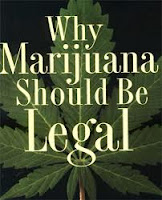 Another small victory for marijuana proponents, as the California Medical Association (CMA), is calling for cannabis legalization. The state association, which represents more than 35,000 physicians statewide, has taken an official position that despite its questionable medicinal value, marijuana should be made legal and regulated like alcohol or tobacco.  The CMA is the first major medical association to take that stance.


According to Dr. Donald Lyman, the Sacramento physician who wrote the group’s new policy, the change in position stems from frustration over California’s medical marijuana laws. As he explains, doctors are in a difficult position as more patients start to ask about marijuana’s medical benefits, particularly for pain relief, but which is still an illegal substance under federal law. Dr. Lyman believes that the question of whether marijuana has medicinal value can only be determined by legalization and research.

But this latest statement by the CMA has stirred much controversy.  John Lovell, spokesman for the California Police Chiefs Association said, “Given everything that we know about the physiological impacts of marijuana–how it affects young brains, the number of accidents associated with driving under the influence–it’s just an unbelievably irresponsible position.”


Other doctors associations have voiced concerns as well. Dr. Robert DuPont, M.D. and professor of psychiatry at Georgetown Medical School, said the association’s call for legalization showed “a reckless disregard of the public health. I think it’s going to lead to more use, and that, to me, is a public health concern. I’m not sure they’ve thought through what the implications of legalization would be.” 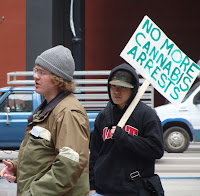 But the rationale from the CMA has merit.  Although they acknowledge some health risks to using marijuana, they believe that the consequences of criminalization outweigh the hazards. Dr. Lyman says current laws have “proven to be a failed public health policy.” He cited increased prison costs, the effect on families when marijuana users are imprisoned and racial inequalities in drug-sentencing cases.

I tend to agree with the CMA, though I think they are taking the politically safe, yet smart, route by doubting benefits of marijuana use and playing up the risks, so as not to encourage recreational drug use, but also by pointing out, and rightly so, that the drug is benign…and it may have greater benefit than we know!  But we’ll never find out if we don’t open that smokey door. 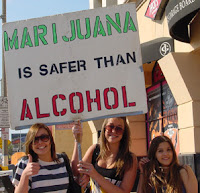 Listen, I’ve said this repeatedly in this blog: There is no doubt that marijuana carries with it side effects (2 am Taco Bell runs for instance) physiological changes, but when compared to alcohol and tobacco–it’s lite-weight. The warnings by police enforcement officials is about as convincing as Reefer Madness. C’mon. Regulate it, tax it, punish driving under the influence, and you’ve got an open revenue source. No way it’ll lead to more chaos than booze…or pharmaceuticals…c’mon.

I am convinced that the ol’ MJ will be legalized in California within ten years, maybe sooner.  And as Cali goes, so goes the nation. That’s what the Heshers say, anyhow.
Copyright © 2013 Dr. Nick Campos - All Rights Reserved.