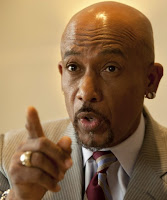 Montel Williams is back in the news.  The former Emmy Award winning daytime talk show host is praising Israel, not for its politics or Palestinian relations, but for it’s medical marijuana practices.  What?!?!  You heard right, Montel, the patient rights activist, is in Israel on a fact-finding mission to learn about its medicinal cannabis practices. He is meeting with legislators, scientists and physicians.

Montel Williams was diagnosed with multiple sclerosis (MS) in 1999 and has promoted alternative therapies in the past, like chiropractic (booyah!), but today it’s medical MJ.  And he believes the U.S. can learn something from Israel.  “We need to get out of the dark ages and into the new ages,” he told The Associated Press. “Not every patient can use cannabis, but for those who can–why deny it?” 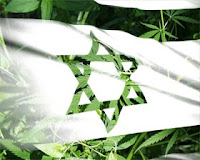 In Israel, certain doctors can prescribe cannabis and even disperse them from their offices.  It is regulated, and many doctors prefer it as a lesser of evils when compared to narcotics for pain relief.  According to Itay Goor-Aryeh, the head of the pain management unit at the Sheba Medical Center in central Israel, “Those patients, if they do not get cannabis, they will get morphine-like drugs and other harmful drugs. I think that in many ways, cannabis is tolerated and is less addictive that morphine-based drugs.”

Well, no duh!  Thank you Montel Williams for bringing this issue to the forefront and adding some credibility to the cause.  As a beneficiary of medical cannabis, Montel is in a perfect position to discuss the advantages of marijuana (and it’s active compound, THC) in a serious and meaningful way.

Yes, Montel Williams, 55, says he has been taking cannabis on a daily basis.

“For me, there is nothing else that can do what it does,” he said. “It helps me suppress my pain … When I am not using cannabis I am thinking about my pain every 45 seconds.”

And bravo to the Israeli medical profession for it’s adoption of a benign yet advantageous drug that has much potential for pain relief, and maybe more.

I agree with Montel, the U.S. government could learn a thing or two from Israel in this regard.  If we don’t start investigating cannabis as a pharmacological option, and instead we keep vilifying it, we may never know its full potential.  Fortunately, they are doing the research in Israel, so we may get our answers regardless.

Montel Williams is a hero to me.  He’s been a champion for many of the same causes I have taken on in my own life, and for that I commend him.