Bravo to Vogue magazine…bravo. I have been saying for over a decade that if we want to make a dent in the perpetuation of eating disorders, it has to start with the images we choose to look at regularly, the ones we choose to deem “beautiful.” Well, Vogue mag is doing its part by banning the images of “too-skinny” models. Duh! And Bravo.

Not only is the mega-fashion mag doing away with too-skinny, but too-young is being flung, too. The 19 Vogue magazine editors around the world made a pact to project healthy, not ultra-thin. They agreed to “not knowingly work with models under the age of 16 or who appear to have an eating disorder,” and said they will ask casting directors to check IDs at photo shoots and fashion shows and for ad campaigns.

Most editions of Vogue made it common practice to hire girls under 16–a sure road to a future eating disorder. I mean think about it–which model isn’t going to psych-out when comparing herself to her immature, underdeveloped 14-year-old self?

“I want my prepubescent figure back…” Duh!

But, of course, not just models: Every young adult, teen, and heck…many women of all ages look to fashion magazines like Vogue for ideas on the latest looks, and these unfortunately…and probably subconsciously…include body types. I cannot tell you how many women I have heard say, “But clothes just hang better when you’re thin.”

My retort, “No…you just have set the convoluted images in fashion and celebrity magazines as your relative point…the standard,” if you will.

Seems that Vogue, however, is just following a healthy trend. The Council of Fashion Designers of America adopted a voluntary initiative in 2007, which emphasizes age minimums and healthy working environments during New York Fashion Week, and London Fashion Week designers sign a contract with the British Fashion Council to use models who are at least 16. 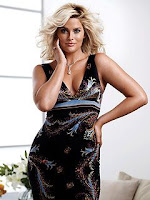 The primary fashion organizations in Italy and Spain banned catwalk models who fall below a certain body mass index (BMI) level, and earlier this year, Israel’s government passed an anti-skinny-model law. This all on the heels of the deaths of two young models in 2006-2007 following complications from eating disorders.
But up until now, the focus has been solely on runway models. This push by one of the worlds biggest fashion magazines, however, is a giant leap. As Vogue goes, so goes…well, everybody. The “Vogue pact” says the magazines will help “structure mentoring programs” for younger models and raise awareness of the problem of model health. They said they would encourage healthy working conditions backstage and encourage designers “to consider the consequences of unrealistically small sample sizes of their clothing, which limits the range of women who can be photographed in their clothes, and encourages the use of extremely thin models.”
So bravo, again, to Vogue and the entire fashion industry for taking the bulimics by the horns–it’s about time! Healthy bodies need to be celebrated in their full glory; and the health and safety of both models and the young women idolizing them will get a big boost from this move. What can I say, Vogue? You made this health advocate proud.

One Response to Say Bye Too-Skinny…Vogue-Style