To do my part in the War on Obesity I decided to rekindle some old posts from 2011 and Tweet my thoughts on extreme fatness. As far as I can see, obesity numbers haven’t budged in the last two years, and even more likely is that they continue to creep upward. For those who don’t know:

And just as when I first wrote those posts in 2011, the reaction was heated. So many ‘experts’ having the answer. Obesity is this. Obesity is that…yet I still hear the same ol’ stuff: straw grasping, the hope of finding that one thing that will deflate the worldwide obesity epidemic. Yeah, okay… 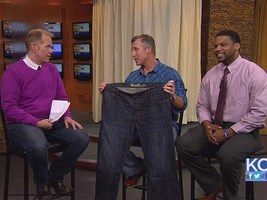 Honestly, I find it humorous…the numbers that come forward when the obesity Tweets go up, proclaiming this or that great idea or program. So convinced are these folks that they are wowing the world with groundbreaking information—something new; something we haven’t heard before. Genetics, hormones, enzyme imbalance, biochemistry… Wow! Really?! My goodness, who would have thought…?! Call the Nobel people…

Really it’s what I think when the responses come pouring in. And that’s exactly what I thought when I was approached by a young doctor and researcher by the name of Jameson Voss, a third year Preventive Medicine Resident at the Uniformed Services University of the Health Sciences.  His current research focuses on obesity, specifically the correlation between obesity and altitude, which has an inverse relationship he’s found. His recent work has investigated the obesity numbers throughout the United States and has found that as elevation increases, obesity numbers actually decrease, and they do so significantly. Hmmm…

As I started scanning his work, two things about Dr. Voss became immediately apparent: one is that he is a real professional, doing real work in the realm of the physiological sciences, not simply some schmuck selling books, or a weight loss program, or a television show, like many people I encounter when the obesity subject arises; and two, his work actually demonstrates some interesting aspects of obesity (or morphology, in general) that may not be readily apparent on first glance; but I assure you that if you think about it, and think about some physiological principles, as well as some of the things that I’ve been discussing in those earlier posts, you will see that it all makes perfect sense. You will see that Dr. Voss’ findings fit perfectly with the criteria that I’ve been screaming about for years: That there is no need to attempt to change what we already know about human physiology and metabolism; that there is no need to create a whole new theory on metabolic physiology by throwing out fundamental concepts—like calories, food type, or average food volume consumed—and instead focus on the biochemical and/or hormonal markers as the keys to understanding (and ‘defeating’) this seemingly enigmatic disorder.

Doctor Voss’ study found two interesting things: one, as I’ve already mentioned, is the inverse correlation between obesity and altitude, and two, a second inverse correlation, this time to urbanization. So as population density increases, obesity goes down. Wow, so what’s happening here? 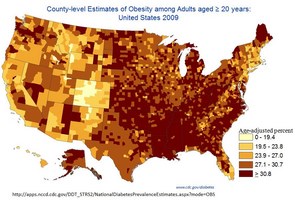 Age Adjusted Obesity Prevalence by County. This image was obtained from cdc.gov/diabetes, but this particular map represents obesity prevalence and not diabetes.

A topographical map of the USA. Note the similarities with the figure above.

If you remember my post on the parasympathetic nervous system, and the role it plays in metabolism, I discussed that when we perceive ourselves to be in a stressful/challenging situation, our sympathetic nervous system kicks in to put us into the fight-or-flight mode. When that challenge then diminishes, and we feel safe, when we perceive ourselves to be supported and secure, when we essentially feel comfortable, then we go into a parasympathetic response—the rest-and-digest mode. Remember that I described how obese people have been found to be in an ANS (autonomic nervous system) or  parasympathetic imbalance—their rest-and-digest is overactive. In this state, metabolism slows down and fat storage increases, and this is one reason why obese people show slower gains in losing weight than do non-obese people. 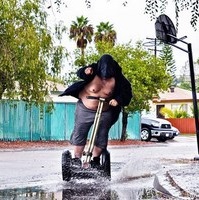 Okay, so what does this have to do with Dr. Voss’ work? As I explained in those post on obesity and ANS imbalance, I believe there is an unrecognized, or better an unacknowledged, mental component to obesity. I believe that as people feel comfortable, as their daily challenges decrease, the more they operate in the rest-and-digest mode. People that live in cities just have to deal with a higher volume of daily stresses than do people living rurally or in the suburbs. Take it from a guy that has spent the last twenty plus years fighting Los Angeles traffic. I’ve had a knife put up to my neck simply for asking a young man to graciously remove his car from my office parking space…yes, these are the types of stresses which are so commonplace among urban jungle dwellers. You just never know when you’ll be the next person to be thrown onto the subway tracks…get it? It’s not that people living outside of cities don’t have stress, but as a way of life…well, I just never have trouble finding parking at the 7-11 outside the city’s parameters, if you know what I mean.

And what about elevation? Well again it has to do with challenge, but this time the challenge is of a physiological nature. Because of the lower density of oxygen at higher altitudes, it is much harder to pick up this vital molecule during respiration, and as a result the body has to work harder for the same oxygen need as it does at sea level. 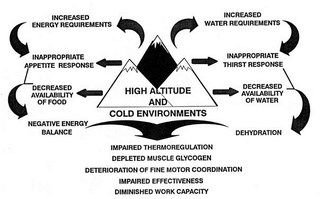 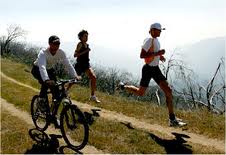 This fact is precisely why boxers have trained at higher elevations for years (and the effects cyclists try to recreate doping with erythropoietin [EPO]). The challenges to cellular and cardiopulmonary respiration force the body to produce more red blood cells, because quantity here makes up for the decreased quality of oxygen uptake by the present red blood cells, and so a stress to the body occurs. This challenge, I believe, like any challenge to the body (and mind for that matter) forces the body into a higher metabolic rate—in other words, burning fuel becomes more efficient to power the increased demand on the human body. And because this physiological challenge is persistent, it gives people living in higher elevations an advantage with regard to burning fuel. Does this mean that people living at higher elevations won’t put on weight? No! We all have the potential to become overweight or obese, no matter what the elevation; but the increased physiological challenge across the population would explain why, relative to people living closer to sea level, that this population has significantly lower obesity rates. 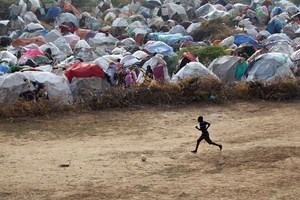 Again, however, I wish to remind the reader to not get fixated on the physical aspect of stress. I truly believe that what we are seeing physiologically with populations living in higher elevations is a similar phenomenon to what we see with urbanization—it’s stress, both physical and mental, that puts people into sympathetic overdrive, and thus more efficient fuel (fat) burners. As I pointed out in some of the post from 2011, obesity is far more prevalent in Western developed nations. Again, when we feel relatively secure, safe, and supported—like we do in most western nations—we will have the tendency to lean toward a predominantly parasympathetic state. Wars, drought, famine or the constant threat of terrorism do not allow for parasympathetic imbalance, and thus obesity is purely an epidemic of wealth and convenience. 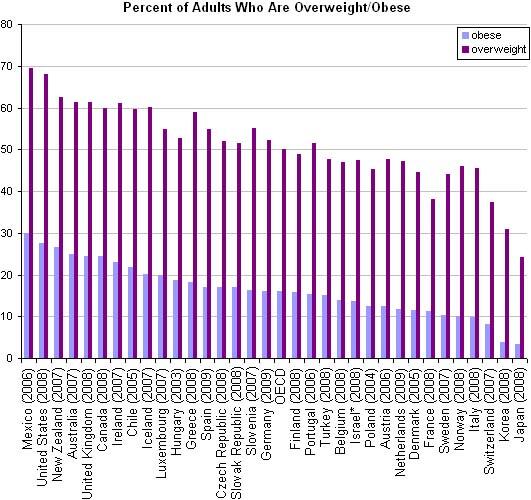 So in my mind the answer is not to be found solely in one physical activity over another, as in diet over exercise, or by sitting in a  hypobaric chamber, nor will it be found solely in challenging oneself, because the obesity epidemic (not case-by-case obesity, but in its totality) is more complex than that. Other psychological factors play a role too, I believe—far too numerous to discuss in this piece—but I’ve touched upon some in the past. I just wish to be clear that I believe the missing piece to the obesity puzzle is in psychology, not simply in more reductive physiology. 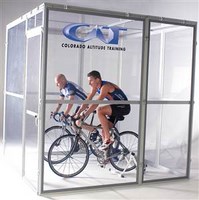 Saying that, I am impressed with Dr. Voss’ work and his group’s observation of the inverse correlation between both elevation and urbanization and the prevalence of obesity. To me it is clear-cut evidence that the body responds to perceived stresses—both physical (as in respiratory challenges, or knives to the neck) and mental (perceived challenges, traffic, and so forth)—by entering a sympathetic response, and thus increased metabolism. The more time spent under perceived stress, the more the sympathetic response will be (which comes with its own associated negative physical consequences—like high blood pressure, myocardial infarction, among other symptoms and conditions).

Thank you Dr. Voss for your work. For me, at least, it provides some hard data illustrating real physiological and metabolic principles. It fits into a framework of what we already know about physiology, metabolism and obesity. But most important, it isn’t trying to recreate the wheel by claiming any new and fantastic theories about nature and the underlying mechanisms of metabolism within the obese physiology. That is exceptional work in my book.