iPad Rash on the Rise Suicide: In Deference to Free Will

Caffeine Can Kill You 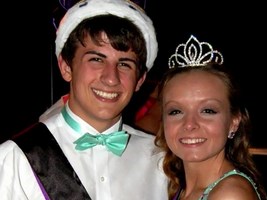 This post is for the fellas—especially those of you just coming up. Listen up, men—there is no quick road to anything. I know, I know…this or that guy told you this or that…it’s a bunch of horse turds, believe me. Take getting cut-up—there simply isn’t a pill or drink that’s going to do it for you faster or better than the ol’ tried and true, not without a major risk anyway, and one that might just cost you your life. Case in point: A high school senior was found dead in his home on May 27th, a victim of caffeine overdose. Caffeine?! Yes…caffeine.

Eighteen-year-old Logan Stiner, an Ohio teenager collapsed just days before his graduation. Found by his brother, the initial coroner’s report had natural causes listed as a cause of death. Then his mother found bags of caffeine powder, and a subsequent autopsy uncovered that he had 70 micrograms of caffeine per milliliter of blood in his system, 23 times that found in the average coffee or soda drinker’s blood. 50 micrograms of caffeine per milliliter of blood is considered lethal. That’s right—caffeine can kill you.

Why would a teenager be taking this kind of caffeine substance, and where the hell did he get it? Authorities seem perplexed on the former, dumbfounded on the latter, but let me shed some light: You see, Steiner was a wrestler, and he once told his mom he was taking the caffeine as a sort of “pre-workout” substance. Yes wrestlers, like boxers and other fighters, are under weight restrictions—that is, they compete in a weight class. It keeps competition fair, so that one competitor does not have an unfair advantage over another purely on weight and size. It is not uncommon for fighters to squeeze by, literally, into lower weight classes, or for athletes of the more endo- or meso-morphic body types to control their weight. Wrestlers, like bulimics, have been known to purge, and even do stupid things like wear rubber suits to try and sweat off the pounds. High doses of caffeine, no doubt, are being used to serve the same purpose, and can be added to the stupid category. 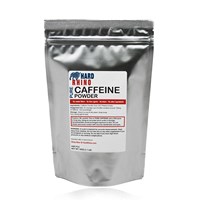 Caffeine powder is not hard to get; it is sold as a dietary supplement, allowing it to evade typical regulations on caffeinated products, highlighting one of the dark spots on the supplement industry, an open venue for shysters and anybody putting profits above public safety. Users add it to drinks to boost their workouts or control weight. A mere 1/16th of a teaspoon can contain about 200 milligrams of caffeine, roughly the equivalent of two large cups of coffee. What makes this product especially scary is its inability to be measured properly with common kitchen utensils, according to the FDA.

“The difference between a safe amount and a lethal dose of caffeine in these powdered products is very small,” FDA spokeswoman Jennifer Dooren said.

“They’re starting to latch onto the powders more because they see it as a more potent way to lose weight,” Glatter said.

The number of emergency department visits involving energy drinks, which are high in caffeine, doubled—from 10,068 visits in 2007 to 20,783 visits in 2011, according to the federal Substance Abuse and Mental Health Services Administration. Most of the cases involved teens or young adults.

Listen fellas, these practices are usually handed down from one guy to another after hearing of its miraculous powers. Whether we’re talking steroids, rubber suits, ephedrine, or even substances like meth as a means of getting cut (or high, or whatever), I’ve got news for you—that decision could be your very last. When I was a kid, this truth was brought to surface by a future NBA superstar, Len Bias. Oh, you don’t know his story? Read here.

Back then it was cocaine; today it’s caffeine. Seems crazy doesn’t it? Well it is. Listen to this story of prom king and stand-out athlete, Logan Steiner. It could happen to you too. Not worth it, man. Anything you want you can achieve on your own, without the external help. And if you truly need a boost to compete—well, then it’s probably not your real calling anyway. Hope Logan Stiner’s story wakes you up, and keeps you off the powder.