Health Care Changes On the Rise 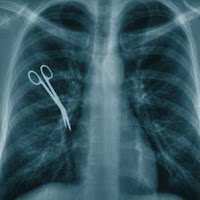 You know how I feel about our current health care system–fabulous in many regards, but definitely in need of changes. One obvious change needs to be the enormous waste that goes on in the U.S. hospital system. Along with that needs to be better measures toward curbing medical mistakes, now one of the leading causes of death in this country.

But times, they are a changing: Recent reports disclose that Medicare, the nation’s federal health insurer, will stop paying for medical errors and waste starting October 1, 2008. Whoa. Like what, exactly? Preventable hospital errors that will no longer be covered by Medicare are, among other things, catheter-caused urinary tract infections, injuries from falls, and objects left in the body after surgery. The rationale from Medicare is that not only will hitting hospitals in the wallet press them to tighten up on mistakes, but it will also lower costs, as the government estimates the cost of errors to be $10,000 to $100,000 per mistake, which usually gets tacked on to the patient’s bill ($9.3 billion in excess charges per year). Doh! Next year, there will be three more errors added to the no-pay list–ventilator-caused pneumonia and drug-resistant staph infections head up the list–and Medicare believes that it will save the government $190 million over five years.

Well I guess I have mixed feelings about this latest news out of the federal government. Overall, I think it is a smart move. There is way too much nonchalance about standard medical procedures. For instance, the Medicare report disclosed that 25% of all hospitalized patients receive urinary catheters as standard procedure, despite the fact that many don’t need them. Catheters trigger more than half a million urinary tract infections annually, the most common hospital-caused infection. Ouch! Even worse is that many catheters are left in longer than needed, causing infections. Last year, the University of Michigan conducted the first national study of catheter practices and found that almost 50% of hospitals don’t keep track of which patients get one–now that’s carelessness. Double ouch!

So, as I said, overall it’s a good idea: Money talks; and when you threaten to withhold funds, it’s amazing how fast things get fixed. But I am a bit ambivalent for two reasons. First, it might lead to hospitals and doctors hiding mistakes–not a comforting notion. And when the pressure is on, people and organizations have a way of rationalizing their decisions, even if those decisions lead to mistakes, and that might not be good for consumers. The other thing that worries me, especially as a health care provider, is that the insurance companies might use this move by Medicare to rationalize their own denial of claims. Medical insurers do as Medicare does, and they are notorious for using any weapon at their disposal to withhold payment of claims; because for them, it really is all about the money.

So I guess we’ll have to wait and see. Nothing comes without problems: All good things come with complications, this situation being no different. But, all in all, we need to decrease the amount of medical mistakes taking the lives of Americans annually–it’s just way too high. We have the greatest medical system in the world; it just doesn’t make sense to lose so many people to medical mistakes; 82% of the deaths caused by medical mistakes are preventable, so why not nip them in the bud now? I guess that’s what Medicare is trying to do. We’ll have to see how it turns out, but I’m guessing it’s the right move to make.