I get most of my health news off the news wires like Reuters or Associated Press. For anyone not familiar with these news outlets, they provide stories for use by newspapers, radio and television programs and other media outlets. It comes over as a “just-the-facts” piece that other writers can use to create a story, which essentially leaves the writer to choose how the story is told without losing its essential meaning and information.

So, as you can probably tell, I have a blast getting these facts-only stories and sending them back out with what I consider a more realistic twist. I know that nobody reading this believes for a second that the information we get over traditional outlets is the whole truth and nothing but the truth. It’s not about being a born skeptic as much as it’s about having way too many experiences of being told one thing but seeing another that makes us question what we are told.

Take for example the latest news being reported in the Annals of Behavioral Medicine, which says that people who take a proactive approach to their health may, in fact, be better informed, but by no means are they necessarily more healthy. Now, when I see opening words of this sort, along with the headline, “Involved” patients not always healthier, I get an immediate chuckle. I chuckle because I know that either, one: they are providing faulty information; or two: they are defining terms a little differently than I would. I know this because I read the health news every day. I know that studies pour out every week showing that a proactive approach of incorporating healthy lifestyle habits is, without a doubt, the number one beneficial thing people can do to ensure better health and a longer life. But, then, stories like this one come out and, well…they make me chuckle.

So, according to this study, 189 people with high blood pressure were observed: Those people who wanted a greater say in their health care tended to have higher blood pressure and cholesterol than the people who let their doctors have most of the control. Oy vey. And the conclusion of the research team was that, “merely being involved in health care decisions does not necessarily make patients healthier.”

Here are the flaws with these conclusions: First, being proactive goes way beyond “being informed.” Could you imagine if we extrapolated that idea–that is, considering simply being informed the same as being proactive–to voting (I’m informed but I don’t vote), to our work life (I went to college but I prefer not to work), or to our finances (I know I should save, pay my taxes, and my bills…but I don’t). We can all appreciate that proactivity is taking action–in the realm of health it’s exercise, adopting a healthy diet, regular bodywork, getting enough sleep, and so on, and so forth. 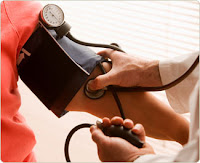 The second flaw of this study is that they used high blood pressure–hardly a measure of health, and more accurately a measure of potential disease–as the health parameter. People who have high blood pressure are already on the verge of illness. Please. Aren’t they already doing something wrong or neglecting to do some things right? And these are the folks we should use as our reference point that “simply being informed doesn’t lead people to be healthier”? How amusing. I really could go on for hours about the absurdity of this notion.

Studies like this are an unfortunate relic of the old health paradigm that I am so proactively trying to get you to abandon. That paradigm says, health is a chance occurrence and is fleeting. In other words, illness is inevitable (I’ve got no argument there) and only through medical intervention can you hope to stand a chance of survival (this, however, is false). Obviously, that message is not presented so blatantly, but you’ll find it if you simply read between the lines.

And this is exactly how powerful institutions attempt to control you. Just ask any major religion outside of the Church of Medical Science and they’ll tell you: It all starts with brainwashing. You need us. We’ve saved hundreds of millions of lives, and we save millions more every year; we’re here to save you. This has been propagandized for years; nothing new there. But the next step is to tell you that you can’t make it without said religion. Don’t meddle when it comes to your health; we know what we’re doing; we know your health and your body better than you do, and we’re here to save you. That’s where we are now. The third step is mandating conformity. Mandatory treatments, mandatory inoculations, mandatory obedience. We’re just starting to get a glimpse of this practice now. Hang on, we should be seeing much more of this in the future. Then the break occurs; the unfoldment of upheaval. It has happened in every major revolt in history, including the American Revolution. And now, we are in the midst of a health paradigm revolution. Damn, I feel like Thomas Paine!

Here’s the bottom line: people who take a proactive approach to their health and well-being stand an exceptionally high chance of having better health, period. Proactivity means, “acting in advance to deal with an expected difficulty.” Acting. Not just being informed. Big difference.

Although this study comes to one very true conclusion, that “studies have found that patients generally tend to do better when they agree with their doctors on how to manage their health problems.” This, however, is not the same thing as people taking a proactive approach to their health. For sure, it helps when doctor and patient are on the same page; however, I highly doubt that anyone sets out to deliberately challenge one’s doctor when one’s health is on the line. But in an era of medical mistakes, profiteering, and just plain incompetency, where 98,000 people a year die as a result of medical errors (not accidents, not natural acts, but mistakes)…then yeah, people will question. And that, in my opinion, is highly proactive.

One Response to Flawed Paradigm or Religious Propoganda?