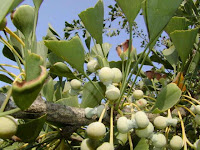 Good news for health naturalists: Ginkgo biloba extracts have shown promise as both pre and post-stroke treatment in mice. We have all heard of ginkgo’s ability to improve blood flow to the brain, thereby enhancing memory and concentration. What better to help with stroke than a substance that increases blood flow to the brain? 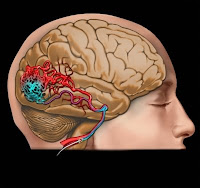 Researchers attribute ginkgo’s benefits to raising levels of heme oxygenase-1 (HO-1), an enzyme that acts as an antioxidant protecting cells against free radical damage. Free radicals are toxins that can damage DNA leading to aging, degeneration, and cancer.

Ginkgo is one of the top five highest-selling medicinal herbs in the U.S. Ginkgo biloba is a living fossil–it is the lone surviving species of an ancient order of trees which died out millennia ago. It grows wildly in Eastern China and has long been used for its medicinal properties.

I’ve never taken Ginkgo, but I must start. I just can’t ignore all the many benefits it seems to offer. Since I’m into the power of my mind, why not an occasional tonic? I say occasional because I think it’s always good to practice prudence when it comes to taking herbs or tinctures. But every once in a while can’t hurt, now can it? Not according to this latest study. I do want to caution, though, that this study is preliminary, and extrapolating the findings to humans may be premature; but like I said, I just can’t ignore all the positive press this herb has been getting. So I’ll keep my eyes open, and my mind too; and I’ll keep you all informed.