Home-birth or Not Ritalin, Cocaine, the same 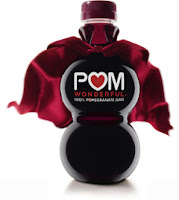 Last month I wrote a post on the “Cheat Death” marketing campaign for POM–the pomegranate juice. I said I thought the advertisement was going a little far in their claims. I have since learned something about pomegranates in general, and the juice specifically, that is leading me to retract that post.

Here’s what I found out: Drinking three ounces of pomegranate juice every day reduced thickening of blood vessels (particularly the tunica intima layer) in people with severe carotid artery stenosis. The effects were cumulative, so that the longer study subjects drank pomegranate juice, the greater the effects. See the details here.

Carotid artery stenosis is narrowing of the blood vessels that carry blood to the brain. As the lumen of the arteries gets smaller, less blood can get through to the brain over time, and blood pressure increases as a result. High blood pressure can lead to heart disease or stroke–the two leading killers in the U.S. 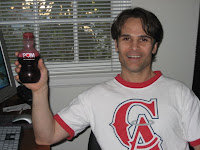 If drinking pomegranate juice decreases blood vessel narrowing, which in turn lowers the risk of heart disease and stroke, then it does, in fact, cheat death. Thus, POM’s advertisement claiming such is…well, correct. I was wrong, they were right.

So here’s what I’m going to do in retribution. I’ve committed to drinking 3 oz. of POM pomegranate juice every day–for one year! One 16 oz. bottle costs $5.69, so my total cost for the year will be $389.41–a small price to pay for good health…and for passing false information. I’ll let you know how the experiment goes.

One Response to I Retract