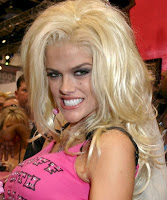 Let’s see what you think of this one: In nearly one-third of states, drug deaths now outnumber traffic fatalities. You heard right–16 states now list drug overdoses as their number one killer. And it’s not just illicit drug use causing the increase in fatalities, but the rise of prescription painkillers.

According to experts at the Centers of Disease Control and Prevention (CDC), the drug-related death rate roughly doubled from the late 1990s to 2006. Although traffic accidents have been the top killer in America for the last several decades, drug deaths have been slowly inching by–leading in only eight states in 2003, they crept to 12 in 2005, and then 16 in 2006. Ouch! The states: Massachusetts, New Hampshire, Rhode Island, Connecticut, New York, New Jersey, Maryland, Pennsylvania, Ohio, Michigan, Illinois, Colorado, Utah, Nevada, Oregon and Washington.

Experts say that the increase in drug deaths is not just due to usual heroin and cocaine overdoses, but to increases in narcotic painkiller prescriptions like methadone, Oxycontin and Vicodin. From 1999 to 2006, death rates for such medications climbed for every age group. Deaths from methadone alone increased sevenfold, according to the CDC. 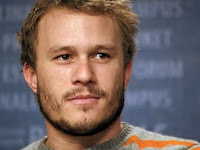 And mind you, these are not just of the black market variety, either: About half of the opiate medication deaths in King County, Wash., which includes Seattle, involved people who got their drugs through legal prescriptions, said Caleb Banta-Green, a University of Washington research scientist. Some experts believe that doctors’ prescribing habits changed in the 1990s when they found chronic pain overwhelming (to them*). Although most of the 39,000 drug deaths in 2006 were sudden, due to overdose, the numbers also reflected those due to organ damage from chronic use and abuse.

Here’s my issue with this situation: While many people have been crying for more medicine recently, this country’s obsession with drugs has been causing a large portion of the untimely deaths we are now seeing. Great–give us more drugs. More medicine. Not enough people have it, right? Let’s make drug deaths the top killer in all 50 states. Yeah. If some people have their way, we’ll be there soon enough.

*God forbid these doctors should refer some of these patients to alternative practitioners like chiropractors, acupuncturists or others. It might be simply disastrous to admit that perhaps these practitioners have a safe non-drug solution. Simply archaic.