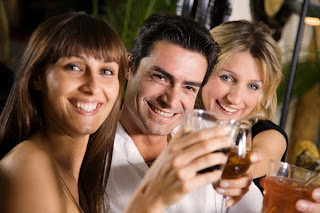 Ever been out to dinner with drinking friends and been expected to split the bill evenly, despite drinking no wine? Well, looks like health care is the new deadbeat dinner date. According to a new report, young adults who buy their own insurance will carry a heavier burden of the medical costs of older Americans.

By 2014, the year the new health care bill goes into effect, most Americans will be required to buy insurance or pay a tax penalty. Premiums for young adults is estimated to increase 17% or $42 per month, according to analysis by Rand Health, a research division of the nonpartisan Rand Corp. Nice! The people that use health insurance the least will be expected to pay $504 more per year. Yeah, that’s fair.

Consider 24-year-old Nils Higdon. The self-employed percussionist and part-time teacher in Chicago pays $140 each month for health insurance. But he’s healthy and so far hasn’t needed it. His insurance could go up to $182 per month–$2,184/year. Ask Nils if he’s pleased with this.

“I suppose it all depends on how much more people in my situation, who are already struggling for coverage, are expected to pay,” Higdon says. He’d prefer a single-payer health care system and calls age-based premiums part of the “broken morality” of for-profit health care.

According to Jim O’Connor, an actuary with the independent consulting firm Milliman Inc. “Young males will be hit the hardest,” because they have lower health care costs than young females and older people who go to doctors more often and use more medical services. 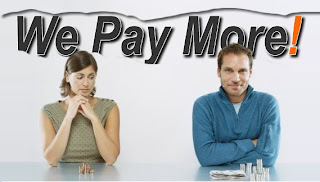 However, nationally representative surveys for the Kaiser Family Foundation have consistently found that young adults are more likely than senior citizens to say they would be willing to pay more so that more Americans could be insured. But whether that generosity will endure isn’t clear.

Even Higdon is okay with it overall–he says he supports the principles of the health care overhaul, even if it means he will pay more as a young man to smooth out premium costs for everyone.

Oh well, I guess youth doesn’t understand the financial impact of paying for others until they learn things the hard way–like splitting a $200 dinner bill when all they had was a burger and dinner salad.