Social for Life Rehab Before Surgery Promising for ACL Tears 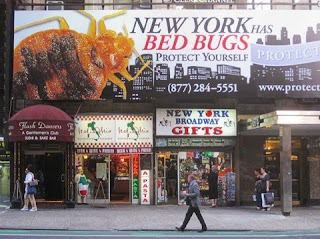 According to New York City officials, one out of every fifteen new Yorkers is getting chowed on by these nasty critters.  Anybody else itchy right now?  Despite their not being germ-carrying illness-spreaders, they do cause mental anguish in the people whose homes they have infested.  Some infestations have been so bad that more than a few apartment dwellers have had to throw out their belongings and start anew.  I swear I’m itching as I write this.

I reported on the current national bed bug infestation last year.  It was one of my biggest hitting posts.  One well-known exterminator contacted me for links showing just how bad this bedbug epidemic has gotten.  As I reported in last year’s post, this is the biggest resurgence of bedbugs since World War II.

In New York City, bedbugs have been found in theaters, clothing stores, office buildings, housing projects and posh apartments.  And of course, they like to live in beds–in the cracks and crevices of mattresses.

Bedbug bites are often characterized by three raised, welt-like bumps in a row, which are indistinguishable from mosquito bites. They can be very itchy and hyper-irritating.  Most victims never actually see the bedbugs.  What they do see are the bites, blood on bedsheets and their waste, which looks like black pepper. They are known for being extremely difficult to eradicate and can go a year without feeding. 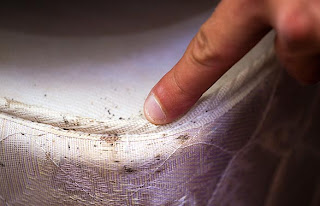 NYC Mayor Michael Bloomberg’s administration submitted a community health survey to city inhabitants and nearly 6%, or 400,000 respondents, said they have battled bedbugs over the last year.  In 2004, residents filed 511 complaints, while in 2009 they filed 11,000.  Why the resurgence?  Experts believe that increased global travel and decreased use of some pesticides like DDT might be to blame, but they do admit that nobody is really certain.

“This is happening globally, and I don’t think anybody has figured out exactly why,” said Daniel Kass, the city’s deputy commissioner for environmental health. “So what we’re left with is managing them and keeping them from spreading. They’re going to be with us for some time.”

Oh, poor New Yorkers.  Although the resurgence of bedbugs is worldwide, New York does everything in a  big way.  Not exactly what they want to be known for.  My only advice, if you might be traveling to NYC, or anywhere for that matter, check your lodging’s bedbug status.  Just so you know…bedbugs love to travel too.