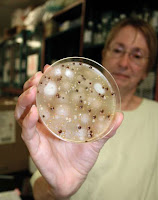 A rare fungus is being blamed for fifteen deaths in the Pacific Northwest from British Columbia to California over the last six years.  Don’t worry grungers…not your magic mushrooms, but a fungus called Cryptococcus gattii, which grows on or around trees.  Breathing its microscopic spores can cause persistent cough, headache and shortness of breath, and even pneumonia or meningitis in some people.

Before you get too freaked about it, the risk is still very low.  First, it’s still a relatively rare species in North America–C. gattii is found primarily in the tropics.  Second, the people who have died from infection of the fungus in the U.S. and Canada all had predisposing illnesses.  Third, many more have likely contracted illness related to the fungus but it has been mild.  So you don’t have to avoid nature or the outdoors just yet.

The fungal illness showed up initially in British Columbia, Canada in 1999.  It has since migrated southward, and in 2004, there have been 43 cases in Oregon, 15 in Washington, one in California and one in Idaho, the CDC reported this week.  Canadian officials report 272 illnesses since cases were first detected.  The death rate there from the fungal infection have been reported at 9%. 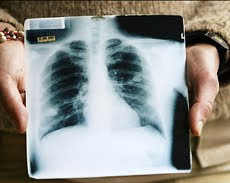 Humans are not the only ones becoming infected, either.  To date more than 50 cases of cats, dogs, ferrets, elk and porpoises have been reported in the U.S.

Living in Southern California, I can’t help but think of Coccidioides immitis, the causative agent in Valley fever.  Hoping my brothers and sisters up in Vancouver, Seattle and Portland don’t have to deal with that type of scenario.  I, along with doctors in the region and public health officials, will be keeping eyes and ears open.  I’ll keep you informed.