If tainted eggs ain’t bad enough, we’ve now got contaminated deli meats to contend with.  According to the US Department of Agriculture (USDA), Zemco Industries of Buffalo, New York, has recalled approximately 380,000 pounds of deli meat that may be contaminated with a potentially life threatening bacteria.

The deli meats, distributed to Wal-Marts nationwide, may be contaminated with Listeria monocytogenes, which was discovered in a retail sample collected by inspectors in Georgia. The USDA has received no reports of illnesses associated with the meats.  Wal-Mart notes that the voluntary recall is of meats that are ingredients in their Marketside Grab and Go sandwiches, but not individual packages of deli meat. 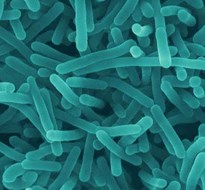 Listeria monocytogenes is the causative agent of listeriosis, the leading cause of death among food-borne bacterial pathogens with fatality rates exceeding even Salmonella and Clostridium botulinum.  Listeriosis is rare and most commonly affects immunocompromised people–newborns, the elderly and people with immune deficiency syndromes. Pregnant women are at a higher risk.

Symptoms of listeriosis are fever, muscle aches and vomiting, and less commonly nausea and diarrhea. If the infection spreads to the nervous system it can cause meningitis, an infection of the covering of the brain and spinal cord, which can lead to headache, stiff neck, confusion, loss of balance and convulsions.  Symptoms usually last 7-10 days.

“Listeriosis can cause miscarriages and stillbirths, as well as serious and sometimes fatal infections in those with weakened immune systems, such as infants, the elderly and persons with HIV infection or undergoing chemotherapy,” the USDA said.

The products being recalled are: 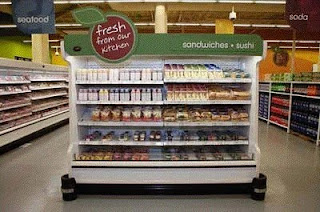 If you shop at Wal-Mart and buy their Grab and Go sandwiches, better grab and throw…that crap away–listeriosis is serious business.