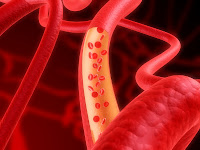 Researchers monitored the blood vessels’ ability to relax by using a blood pressure cuff.  To allow blood to flow back into the arm, blood vessels must relax and enlarge–a change measured by ultrasound.  The researchers also examined the resistance to blood flow imposed by the arteries.

“We found that people with vitamin D deficiency had vascular dysfunction comparable to those with diabetes or hypertension.”

The researchers believe that vitamin D acts to strengthen the endothelial cells and muscles that surround blood vessels.  Al Mheid also believes that it could be reducing levels of angiotensin, a hormone that drives increased blood pressure, or regulating inflammation.  Wow, I wonder what these results mean for the overuse of statins?

But again, the best part: Those study participants with low blood vitamin D levels that then increased their concentrations by either supplementing or spending more time in the sun, were rechecked after six months and showed improvement to their vascular health measures and lowered their blood pressure.  Booyah!  Forty-two participants with vitamin D insufficiency whose levels later went back to normal had an average drop in blood pressure of 4.6 mmHg.  The study’s findings were reported at this year’s annual American College of Cardiology meeting in New Orleans. 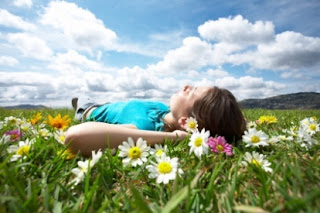 What can I say other than “heck yes!“  Why should I care about these results?  Because it makes the universe more understandable to me.  I know with certainty that human health operates within universal laws.  I know that the increased incidence of high blood pressure today is not due to a lack of statin medication.  I also know that health is not random (genetics), and that vitamin D insufficiency is epidemic in North America.  Furthermore, it is not lost on me that blood vitamin D levels are low in many people at a time when dermatologists have scared people out of the sunshine and into big hats and SPF5000.

Here is just some more evidence that sun energy is essential to human health.  Everybody needs unprotected sun exposure on a daily basis, period.  Supplementation helps, but nothing–and I mean nothing–beats the healing energy of our life-giving sun.