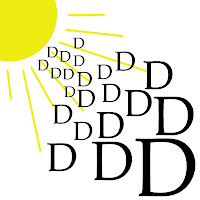 More evidence showing the dangers of vitamin D insufficiency, as a large new study shows that people with low blood concentrations of this vital nutrient are at an increased risk for dying of any cause. Any cause? Yes, and even more startling was that  by simply boosting low levels with vitamin D supplementation it cut peoples’ risk of dying in half.

According to the latest study, which looked at 10,899 patients at the University of Kansas Hospital, 70% were deficient in vitamin D, and they were also at significantly higher risk for a variety of heart diseases, including  hypertension, coronary artery disease, cardiomyopathy and diabetes. D-deficiency also nearly doubled a person’s likelihood of dying, whereas correcting the deficiency with supplements lowered the risk of death by 60%.

These numbers highlight previous research that has shown many North Americans to have insufficient blood levels of vitamin D. While Rickets due to vitamin D deficiency has been well understood for years,  the degree to which blood levels of vitamin D play a role in overall health and well-being is just starting to become clear: We now know that levels falling below 30 ng/ml are incompatible with good health.

According to the latest National Health and Nutrition Examination Survey, an estimated 25-57% of adults are vitamin D insufficient, while other studies have suggested the number is as high as 70%.  Cardiologists from the University of Kansas study have found that people deficient in D were more than two times as likely to have diabetes, 40% more likely to have high blood pressure and about 30% more likely to suffer from cardiomyopathy (diseased heart muscle) than people without D deficiency.”We expected to see that there was a relationship between heart disease and vitamin D deficiency; we were surprised at how strong it was,” said Dr. James L. Vacek, a professor of cardiology at the University of Kansas Hospital and Medical Center. ”It was so much more profound than we expected.”
Vacek believes that so many people are deficient because they aren’t getting enough sun. Humans should get 90% of their vitamin D from the sun, while only getting 10% from food. We need sunlight to make vitamin D in our bodies, so 20 minutes per day is the minimum necessary exposure to maintain proper blood levels. With the fear of skin cancer looming large, many have taken to using sunscreens to reduce total sun exposure.

Experts say that in the Northern United States and Canada the sun isn’t strong enough during winter months to make sufficient vitamin D, even if the weather was warm enough to induce people to expose their skin for an extended period. To combat this seasonal deficiency, adults should get vitamin D levels checked by their doctors, and take vitamin D supplements.
This study definitely comes at an opportune time, as many in the medical field have dismissed previous vitamin D research as inconclusive, particularly the role supplements can play in returning the health to normal (or optimal) for those suffering from deficiency. I have wondered  for some time why so many doctors and med-policy stiffs have been so adamant at denying the research results on vitamin D. The only thing I can think of is that they just despise being wrong. I don’t believe it’s a pharmaceutical industry conspiracy necessarily, as many have been wont to do, but purely a clinging to old, outdated beliefs; really that’s the only explanation that makes sense to me, in light of some pretty solid data. I can certainly understand the uncertainty, but many of the previous studies have been well done, and they are vast in number, so really…what’s the problem? 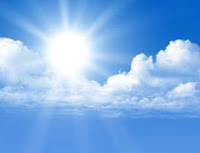 I just think the old guard will never accept that they were wrong about supplementation from the start, no matter how well-intentioned their skepticism might have been; and I think many are wrong today for advocating minimal sun exposure for the masses. Some increases in skin cancer can be from chronic pharmaceutical use, too, you know…particularly medications that are immunosuppressive. It was easy to blame skin cancer on the sun in the past, but that was wrong. The sun is the most life-giving source in the solar system—avoiding it is just unwise. This latest vitamin D study is simply more evidence to support a universal truth.