Silicon Breast Implant Scare in Europe and So. America (Part 2) 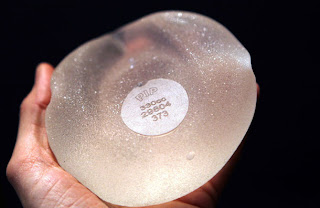 PIP was placed into liquidation in March 2010 with losses of 9 million euros after the French medical safety agency recalled its implants. In a subsequent inspection of its manufacturing site, officials found it was using industrial silicone not approved by health authorities, and only about a tenth as expensive as approved gel.

An investigation found a majority of implants made by PIP since 2001 contained the unapproved gel. Industrial silicone is used in a range of products from computers to cookware.

While all breast implants can burst, especially as they get older, “these implants have a particular fragility” and appear to pose risks of rupture earlier in their life spans than other implants, said Jean-Claude Ghislain of the French health agency AFSSAPS. France’s state health care system normally pays for implants for medical reasons, such as after a mastectomy, but not for cosmetic implants. About 80% of those with the PIP implants had them for aesthetic reasons. 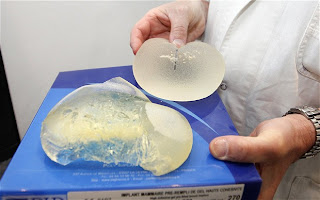 A PIP lawyer says the company recognizes that its products were defective but argues that it is being unduly singled out.


“The implants had flaws but the PIP implants are not the only ones on the market that had problems,” said lawyer Yves Haddad. “The reality is that everyone who makes implants has a percentage of failures.”

According to him, company founder Mas is in France but does not intend to make public comment.

What can I say? Shocking is all that comes to mind. My heartfelt sympathies go to the women affected by this shameful act. Hopefully, everything will be sorted out quickly and decisively; but most importantly, may all the women involved get resolve with the most minimal consequences.
*Most of this piece consists of excerpts coming from various sources including Reuters, Associated Press, BBC and ChannelNewsAsia

2 Responses to Silicon Breast Implant Scare in Europe and So. America (Part 2)