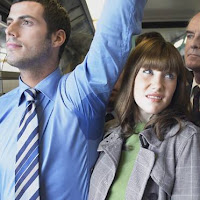 In my book, The Six Keys to Optimal Health, I propose that there are three parameters by which one can evaluate one’s health: how one looks, how one feels, and how one functions. But there might even be a fourth way, and that is how one smells. I know this might sound obvious to some, and to others an absurdity, but I assure you it’s something we are just learning.

Body scent, or the more oft-used term body-odor is produced when secretions from the apocrine sweat glands come into contact with bacteria on the skin. The apocrine sweat glands are located in the axillae (armpits), the areola of the nipples, and the genitoanal region. They are inactive until puberty, at which time they are stimulated by sex hormones to secrete an odorless, milky substance that reacts with our skin bacteria to create pheromones, which are thought to function as chemical attractors for potential mates.

Now here’s where it gets interesting: Several recent studies have shown that people smell different due to the types of bacteria they have on their bodies. For instance, one study carried out by high school students (I know…so proud of those little geniuses) showed that we can accurately identify our own smell, and also with a very high frequency rate, that of our friends. Useful right, to be able to discern between self, tribe and others? And another study done in Thailand used a mechanical nose (just play along) to find that people did smell different based on their bacterial makeup. Wow! So how does this relate to health? 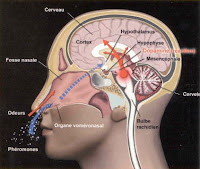 A third study conducted last year at the Institute of Cytology and Genetics in Novosibirsk, Russia showed that female volunteers, who compare the odor of the sweat of healthy men to that of men infected with Gonorrhea and men who had been treated for Gonorrhea, consistently rated the odors of the men with Gonorrhea as worse than either those without the disease or those who had already been treated for it. Whoa! Yes, it appears that humans have the ability to discern another’s health through their smell (at least with regard to gonorrhea). Fascinating!

So there you have it–the nose knows, or so it appears. It really does make sense to me. I had always noticed that elderly people have a certain smell to them, different from younger people, and not necessarily bad, mind you–just different (the Japanese call it Kareishu). Not suggesting that elderly people cannot be healthy (as I speak very frequently to the affirmative here in this blog), but that our smells may change as our bodies change, whether we are talking aging or illness. I am certain that even the foods we eat regularly contribute to our smell…and I don’t just mean garlic breath, either.

What fascinating information coming from the world of olfaction–an obsession of mine. I am certain there are more to the biological functions of smell than meets the nasal passages, and our brains’ ability to process these olfactory (scent) inputs is an evolutionary phenomenon of the most intriguing character. Looking forward to more on this subject in the near future.