Antidepressants for Every Man, Woman & Child Greece Might be Model for U.S. Sickcare Future

Ah technology, making life ever so easier. Take drug dispensing for instance: nothing more than a robot needed for this mundane aspect of medical and elderly care. In fact, I am certain that robots will be used in the very near future extensively throughout modern medicine. Heck they already are: from performing surgeries (da Vinci Surgical System most well known) to preparing intravenous medications in a sterile environment, medical robotics is becoming a staple in western medical application. Cool, yes?

But not so fast–it appears that at least one robotic pharmaceutical dispenser had been found to be contaminated with a dangerous bacteria–Bacillus cereus–and although nobody was harmed this time, it does bring to light some areas that need to be addressed before we can put our full trust into robotic arms of the medical industry. 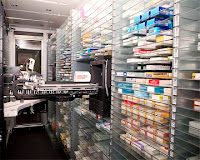 According to a recent report, Wake Forest Baptist Medical Center staffers in 2010 found the bacteria in samples of intravenous drugs prepared by robot dispensers, and which were meant to be prepared in a sterile environment. Especially problematic is that B. cereus is a well-known disinfectant-resistant microorganism, and can cause life-threatening bloodstream infections if injected into patients.

Further investigation traced the contamination to the machine’s washing station and its associated tubing. This washing station is not considered a sterile part of the robot and the manufacturer does not specify a formal cleaning and maintenance procedure, the study authors noted. 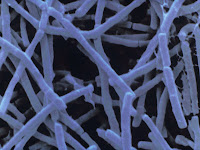 The most important take-home lesson in this case–the first ever of it’s kind, say the authors–is for routine screening of robot dispensed drugs, to ensure their sterility. But contamination continues to be a problem in medical settings, and although the industry is doing a good job of improving cleanliness at every corner, it’s just a part of the game: Hospital and other medical settings are breeding grounds for infectious organisms.


I’m all for technology taking its rightful place in modern health care. Technology does make the world more efficient, but it’s not without its challenges. This latest story out of Wake Forest shows us some of the problems we will have to contend with, maybe even taking us a step back in hygienic history. But I feel confident that engineers will work this problem out. We’ve got to know the problems before anything can be improved and perfected. Luckily no one was hurt.