Low Dietary Vit D Stroke Risk for Japanese-American Men Whatever You See, There You Are 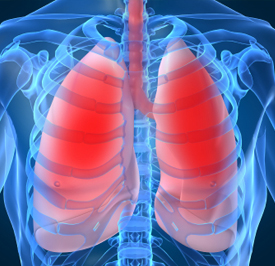 Look out Edinburgh, Legionnaire’s disease is on the loose. Sixty one are said to be infected, and although authorities reassure the public that the health risk is low, they do expect numbers to climb.

The number of confirmed cases has increased to 24, while 37 more are suspected to be infected. One 56-year-old man has died. Officials have said that industrial cooling towers have been identified as a possible source of the infection, and that cooling systems at four facilities have been chemically treated. Scotland’s Health Secretary Nicola Sturgeon told parliament that testing and analysis was still taking place but conceded that the source of the outbreak might never be known.

Legionnaire’s disease, also known as Legion Fever, is caused by the bacteria Legionella pneumophila, a ubiquitous aquatic organism that infects the respiratory tract on the inhalation of aerosol from the contaminated water source. The name of the disease was coined in 1976 when an outbreak of pneumonia occurred among people attending a convention of the American Legion at the Bellevue-Stratford Hotel in Philadelphia. 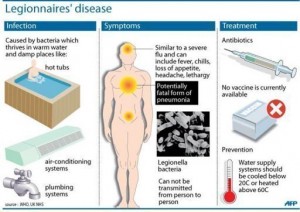 Although the disease can be transmitted by any contaminated water source, hotels, fountains, cruise ships and hospitals with complex potable water systems and cooling systems are especially susceptible; and even respiratory devices can be contaminated if sterile water isn’t used.

Legionnaire’s disease is characterized by fever, chills, and cough, which may be dry or may produce sputum. Some patients will also have muscle aches, headache, tiredness, loss of appetite, loss of coordination (ataxia), and occasionally diarrhea and vomiting. Confusion and impaired cognition may also occur, as well as so-called ‘relative bradycardia‘–a slowed heart rate.

The Scottish Health Secretary says that an increased number of infected people is expected. She stated, “We hope that they will begin to provide more specific answers about the source of the infection over the next few days. It is not always possible to conclusively determine the precise source of an outbreak. The key message within southwest Edinburgh is that the risk to public health is low,” but she added, “We expect to see further cases over the next week.”