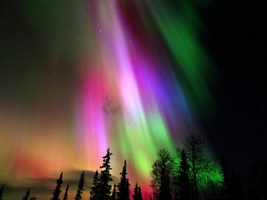 Next month I will embark on a spiritual trip that has been in the works for over a year—one of many, I presume, that will put me directly under the divine lights (and enormous energy) of the aurora borealis. Rightfully, the aurora borealis is one of the seven wonders of the natural world, and I am certain that along with the majestic display of Mother Nature illuminating the skies above, the spiritual power of Mother Divine will also be in full effect.

The aurora is a spectacular cosmic light show performed yearly by the Sun and the Earth, each contributing physical properties and phenomena which light up Earth’s atmosphere to vibrant reds, greens and purples, particularly at the poles (aurora borealis in the north, aurora australis in the south). Solar winds produced by the Sun send charged particles into the Earth’s magnetosphere, causing geomagnetic disturbances, while some of these particles are whisked into the Earth’s magnetic field and ultimately into the atmosphere, where they then react with atoms in the high altitude atmosphere (thermosphere), releasing photons that present in different colors from green (most common), to pink, to red, to yellow, to blue (least common). 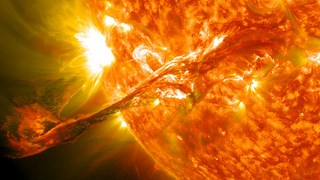 Auroras are most visible at the poles—in an area called the auroral zone—where the ionized (charged) particles are most heavily concentrated and accelerated toward the Earth by the force of its own magnetic field.  The auroral zone sits typically at 3-6o degrees in latitudinal extent and at all local times or longitude (and ~ 10° to 20° from the magnetic pole defined by the axis of the Earth’s magnetic dipole); in other words, like a fluorescent halo surrounding an earthly crown, auroras light up the poles in vivid colors in ways which we only imagine when meditating on our own polar chakras. 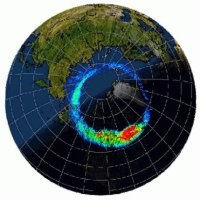 Because the majority of the Earth’s magnetic field lines enters and exits at the Earth’s poles, these areas are of high magnetic energy, which not only draws in charged particles, but also affects the human energetic system. For this reason, visiting the poles, and carrying out certain mental practices while there, could enhance one’s spiritual energy.

In fact the auroras have been the subject of many spiritual beliefs and superstitions throughout the ages. From Seneca, to Ben Franklin, to Tycho Brahe, the auroras have captured the inquisitive and reflective minds of many who have asked what these magnificent multicolored manifestations might mean. Since they originate at the sun as ejaculated particles from coronal mass ejections, shooting into the depths of the Earth’s magnetosphere, where a select few find their way into the Fallopian tubes of her magnet field, one could say that the auroras are birthed as a cosmic creation emanating from a celestial love dance between Father Sun and Divine Mother Earth.

We can thus look upon the auroras symbolically: as the universal creative process carried out by nature, or we could look at it as the macro-version of what we ourselves do as living beings—as divine creative beings—all the time. We emanate light and create form through our own microcosmic processes in exactly the same manner as the heavenly bodies do above and beneath us. We could say that all things in the universe are merely mirrors of one another—paralleling each other in phenomenal fashion, and that the universal creative process is no exception to this rule. 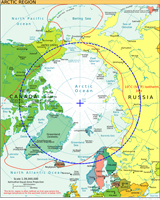 Some spiritual teachings, particularly those of the Hindu-based philosophies, speak of regions of the Earth which contain and emanate enormous energy. It is said that when one visits these regions one can feel the vibrations emanating from the Earth. I believe the auroral zones are one of these regions. Whether in Alaska, Canada, Norway or any other location lying within the Arctic Circle, the strength of the Earth’s magnetic fields at this latitude creates a tremendous power, of which the vibrations can be felt by those tuned-into deeper levels of awareness. More importantly, though, the vibrations and heavy magnetism can recalibrate our own subtle electromagnetic fields, particularly when aligned within one’s consciousness. While the degree of ‘conscious attunement’ (which is really just a way to say intense focus) determines the level of recalibration (a quantum process), anybody focusing on ‘tapping into’ the essence of these Earthly vibrations, no matter what their current level, will feel and respond to the massive electromagnetic energy of the planet. Additionally the sky, air (wind) and even water in these regions will have resonating effects  on the subtle body. Focusing on the creative process during meditation, then, both universally (with nature as our model) and individually (our creativity), while underneath the auroras, can have an enormous impact on our awareness  (illumination) and influence (emanation). 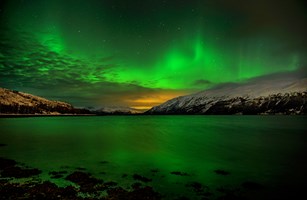 So whether we choose to look at auroras as purely physical phenomena—a light show created by simple atmospheric chemistry—or as actually having deep spiritual meaning,  anyone who has had the great fortune of witnessing this miraculous display of nature can agree that the northern and southern lights are heavenly beauties just magnificent to behold. In my mind the lights are the physical embodiment of the elusively luminescent progeny of a paternal Sun and a divinely creative Mother.

I’ll be sure to take lots of pictures.