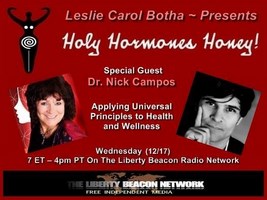 2 Responses to Applying Universal Principles to Health and Wellness