Fall Asleep The Only Real Anti-Aging 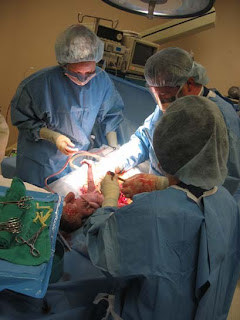 Don’t fret, Americans! We’re not the only prima donnas on the planet. Looks like our rivals in Iran want it easy too. According to recent reports, women in this Middle Eastern country are electing to have c-sections by the boatload. In fact, a whopping 40% of children in Iran are born by cesarean section.

The World Health Organization (WHO) recommends a cesarean rate of 10-15% only, but in the Iranian capital of Tehran, the numbers are as high as 50%. Crazy? Not to people in the Isfahan and Gilan provinces. 60% of the women in these regions are choosing to give birth this way. Dang!

Looks like vaginal child birth is so last year in Iran. The women there–like many here in America–don’t want to feel the pain and discomfort associated with child birth. And they figure, if science can alleviate this, why not use it? Some women believe that they’ll actually save themselves physical damage by opting for the surgery. Oh, little do they know it’s quite the contrary. 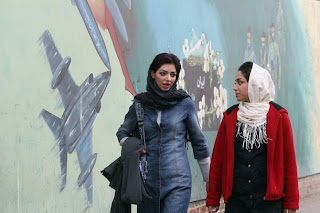 Doctors there, however, aren’t disclosing the risks to the soon to be sliced-opened moms. According to gynecologist Nasrin Changizi, who heads the mothers’ health bureau in the Iranian health ministry, Iranian women are not generally well-informed about the benefits and risks involved with each form of childbirth, and that elective c-sections potentially have more side effects than having a baby the natural way. She also points out that local doctors (like our own) abhor the long hours of deliveries (must interfere with tee time), and that fears of malpractice suits also lead them to push mothers into c-sections at the slightest sign of difficulty. And of course let’s not forget the difference in price between natural child birth and c-sections. Chaching!

You know how I feel about cesarean deliveries–I discussed it in an earlier post–but it deserves mentioning again. C-sections are a Godsend. They’ve saved countless lives of both mothers and children, and we should count our blessings every day that we have this valuable procedure at our disposal when we need it. However, choosing a c-section to simply make it easier is absurd and dangerous. There is always a risk to the mother (or anybody having a surgery for that matter). Further, I believe that the birthing process develops an emotional and neurological (energetic) bond between mother and baby that is important to the nurturing and parenting process. Don’t get me wrong, it’s not that children born by c-section don’t bond with their mothers–they do. But why lose out on this valuable and beautiful experience for sheer simplicities sake? Life ain’t easy, and you can’t escape challenges, so why bother in this regard? For lack of a better analogy, it’s like hoping to win the lottery–you’re living in a dream world, mate.

Anyway, it makes me snicker a little to know that Americans aren’t the most spoiled rotten softies on the globe. At least in this case, Iranians have got us beat by a mile.