The Only Real Anti-Aging 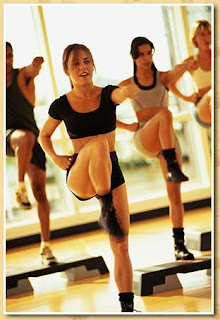 Listen up, peeps. If I’ve said it once, I’ve said it a million times: Adopting healthy lifestyle habits is the only true way to slow down the effects of aging. Creams don’t work. Make-up doesn’t work. Lipo doesn’t work. None of these will make you look and feel younger–not with any lasting effect that is. But practicing healthy habits–like the The Six Keys To Optimal Health–most certainly will. And we’ve got the research to prove it.

A new study conducted by Dr. Dean Ornish, head of the Preventive Medicine Research Institute, showed that certain activities and lifestyle habits raised the amount of an enzyme present in the body that is responsible for controlling the aging process. The enzyme telomerase was 29% higher in men who adopted healthy habits for a period of three months. 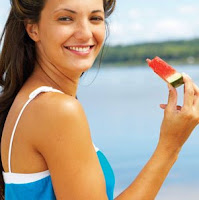 The study looked at thirty men who had low level prostate cancer. The healthy habits they adopted were increased intake of fruits and vegetables (diet–optimal health key #1), moderate daily exercise (regular physical fitness–optimal health key #2), and an hour of daily stress management, like meditation (mental health–The Six Keys To Optimal Health). Blood levels of telomerase were measured both before and after the study period, showing significant increase in men practicing the healthy habits. Nice. Now just imagine how the results might change if they throw in some regular bodywork (optimal health key #3), implement and test a rest and recuperation schedule (optimal health key #4), and control for at least one toxic substance (tobacco, statins, pollution–optimal health key #6). That would make for a great follow-up study down the road.

Telomerase fixes and lengthens parts of chromosomes known as telomeres that control longevity and are also important for maintenance of immune-system cells. Interestingly, a number of premature aging syndromes are associated with short telomeres (Werner syndrome, Ataxia telangiectasia, Bloom syndrome, Fanconi anemia, and Nijmegen breakage syndrome). The shortening of telomeres is also thought to be an indicator of disease risk and premature death in some types of cancer including breast, prostate, colon and lung cancer.

The men who adopted healthy habits not only increased their blood levels of telomerase but they also lost weight, lowered their blood pressure, and saw other health improvements as well. Additionally, they also had changes in activity in about 500 genes. The activity of disease-preventing genes went up, while the activity of disease-promoting genes went down, especially those involved in the development of breast and prostate cancer.

All I can say is wow! We all know how important adopting healthy lifestyle habits are, but now we know the genetic and molecular basis. I’ve always felt that knowing why is as important as knowing what. So understanding these processes should make it even more tangible as to why we need to be doing (or not doing) certain things. Without knowing why, health-enhancing practices become exercises in faith, with the occasional physiological confirmation in the average person (who may just stop, precisely because faith and a promise don’t go very far for most people). But now that we have evidence that changes occur on a biomolecular level, there should be no doubt as to what you should do to increase your longevity. If you care about that kind of thing, anyway.