Then why are more American kids being heavily medicated with psychotropic medications than European kids? According to a recent study, children in the U.S. are significantly more likely to be prescribed drugs for mental conditions than their European counterparts. Psychotropic drugs include stimulants (Ritalin), antidepressants (Prozac, Zoloft), and antipsychotics (Risperdal). The research showed that American kids were more than two times as likely as Dutch children and more than three times as likely as German children to be medicated with a psychotropic drugs. American children were also substantially more likely to be on multiple psychotropic drugs. So I ask the question again, are our kids more mentally disturbed?

You know the real answer: Hell no! Our kids are more medicated for one simple reason–America is a gold mine for pharmaceutical sales. The reason is three-fold: 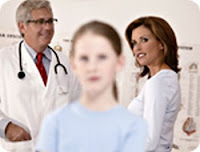 What else would you expect? The current mental health paradigm in this country is that the cause of mental illness (depression?) is biochemical. What a bunch of horseshot. I cover this subject extensively in my book, The Six Keys to Optimal Health; but suffice it to say there isn’t one shred of evidence making this paradigm a fact. It is all theory. And a poor one at that.

All this in light of another recent study that shows psychotherapy to be better than meds in treating complex psychiatric problems. Time to cut the crap and get your kids off the psychotropics.