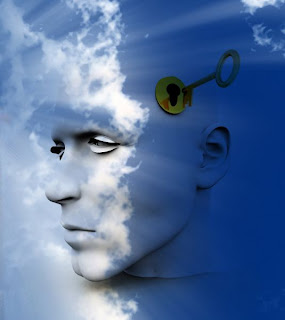 Get ready for this one. I believe that people who are sick a lot–you know the ones: the co-worker who is often absent from work, your Aunt Tilly with the bad case of rheumatism, the lady down the street with 30 different maladies–create an internal environment of poor health. This unhealthy internal environment weakens the body, and over time, stresses of the external environment break down the body and lead to premature death.

What is this internal environment? It starts with the mind. People who see themselves as sick, people who use being sick as a tool for emotional support, and/or people who wholeheartedly buy into their illness as described to them by their doctors or the popular culture, lower their resistance and immunity, and hamper the innate healing power of their bodies. In other words, the mind that sees itself as sick, gets sick and stays sick.

BS Campos? Really, check this out: A recent British study found that people who were out sick from work for extended periods, even if generally “healthy” at the time of the study, were more likely to die prematurely than people who didn’t take such time off. What? Listen again: The study looked at approximately 6,500 government workers from 1985-1988 and followed them through 2004. The workers who had one or more periods of extended leave–out of work for more than one week–were 66% more likely to die in the study period than people who hadn’t taken such leave.

No. Many of the workers who died “were in good health at the beginning of the study,” according to Jenny Head, a statistician at University College London who led the study. True, it would make sense for people who had cancer or circulatory problems to need extended leaves of absence, and also to die earlier. However, the results also showed earlier death for people who had called in sick for minor complaints such as coughs and colds and flu. Wow! Mind tripper.

So I go back to my original point: People who see themselves as sick; that is, they believe they are ill, not well, unhealthy, and so forth, create an internal environment, through their thoughts, that weaken the body and leave them susceptible to early breakdown and disease, and eventually death. People who see themselves as healthy know they will bounce back, and that they will be OK. What do people who know they’ll be OK do? They move on with their lives. They go back to work, or don’t take off at all–they know that they’ll feel better shortly, so they keep on truckin’.

The researchers did not come to this conclusion. It’s mine. It hasn’t been tested yet, nor proved. It’s simply my theory. The researchers did not know the connection between early extended sick leave and premature death; they only found it a curiosity and thought it might be useful data for doctors to screen or be able to predict later illness and death in people. Yeah, I definitely think it’s good for that. But I also think I have a good working hypothesis. It’s the direction of my current research. Stay tuned.