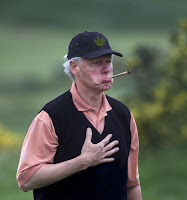 This is probably no surprise to you, but marijuana has been deemed less harmful than alcohol or tobacco. According to the Beckley Foundation, a research charity in Oxford, England, not only is marijuana relatively benign, but banning it has no impact on supply, and it turns users into criminals.

No surprise to me either, as I’ve been covering the marijuana debate for over a year now. The foundation reports that the number of deaths last year contributable to marijuana worldwide were two. Compared to the 150,000 deaths caused by alcohol and tobacco in Britain alone, the notion of keeping marijuana illegal seems absurd. But we still live in a Puritanical society. As pointed out by the foundation, it makes more sense to regulate the drug, as the ills society experiences are “the result of prohibition itself, particularly the social harms arising from arrest and imprisonment.”

Keeping marijuana illegal is baseless, and as it’s medicinal benefits continue to be uncovered, it seems foolish to keep up the prohibition. In the U.S. we manufacture and sell two of the most dangerous drugs on the planet–booze and tobacco–and they are subject to regulation. Even in the worst economic times, both products enjoy healthy sales. They are taxed heavily and generate millions of dollars in revenue. We should be doing the same with marijuana: Legalize it, regulate it, tax it, and stop wasting time and money prosecuting its use. Let’s get smart and move forward.

One Response to Weed is Benign