Brain Starvation May Be Cause of Alzheimer’s 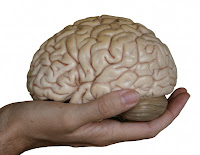 Who knew that Grace Slick would have had the answer for preventing Alzheimer’s: Feed your head!

That’s right, according to new research published in this month’s issue of Neuron, poor blood flow to the brain may be the main cause of the dementia disorder. Blood carries nutrients and oxygen throughout the body, and the brain’s main fuel is glucose, a sugar. The researchers found that when the brain is deprived of glucose, a biochemical cascade is unleashed that ultimately leads to neurodegeneration. 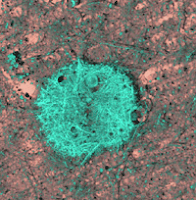 This study, and all Alzheimer’s research for that matter, focuses on a type of protein called amyloid beta. Amyloid beta is found in high concentrations in the brains of people with Alzheimer’s. An enzyme, called BACE1, has also been found high concentrations along with the amyloid beta, but whether high BACE1 causes high amyloid beta or vice versa is still under study. Either way, the main focus of Alzheimer’s research is in how to decrease both without screwing up the brain–very important since BACE1 is also important in many brain functions including memory and protection and regulation of nerve cells.

The interesting thing about this study is that it recognizes an external stress which might lead to the physiological defect, as opposed to just a “random” dysfunction. Yes, of course there’s a precursor event–hypoxia and oxidative stress. Brilliant! Give lead researcher Robert Vassar, professor at Northwestern’s Feinberg School of Medicine, the Nobel Prize. He’s the same gent who has discovered the BACE1 enzyme, and I think his work is instrumental in understanding this dreaded disease. 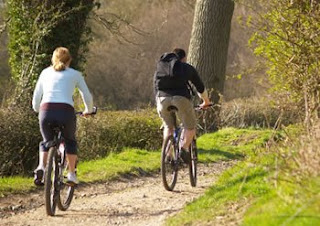 What I don’t agree with is the preoccupation with searching for drugs to combat the hyper-production of amyloid beta or the BACE1 enzyme. It’s obvious to me that these products are a response to a dysfunctional state, so attacking them is like putting a band-aid on a bloodshot wound. But the astute Professor Vassar knows better. He suggests that increasing blood flow to the brain of those susceptible to Alzheimer’s would be more prudent. This could be done with drugs like vasodilators, or it could be done preventatively through…exercise!

You’ve got it. Good old fashioned exercise is the best way to increase blood flow to the brain. Throw in good nutrition (whole, natural foods), some vitamin supplementation (vitamins B, C, essential fatty acids, some anti-oxidants), regular chiropractic care to keep the blood a’flowin’, and minimizing the cigarettes, drugs, and booze (sorry Grace) and you’ll do wonders for your cerebral blood flow. Hey, don’t wait until you’re forgetting what year it is to start doing these head-healthy habits. Start today and lower your chances of developing Alzheimer’s in the future.