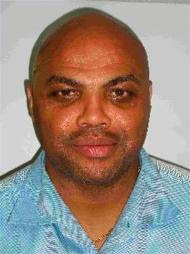 Drunk driving goes up every year during holidays. Christmas, New Year’s, St. Patrick’s Day, Independence Day, Arbor Day–no matter what the holiday, boozers seem to want to drive to the party. Mother’s Against Drunk Driving (MADD) report that “more than 1,000 people die every year from Thanksgiving to New Year’s Day in car crashes related to drunk driving incidents.” In fact, 4 out of every 10 fatalities are in alcohol-impaired-driving crashes.

However, the California Highway Patrol (CHP) reports that in 2008 the number of driving under the influence (DUI) arrests in Los Angeles County are down 44% from 2007. And DUI arrests are down by one-third across the entire state of California. But not in Arizona…

According to recent reports, former NBA star and current TNT basketball analyst, Charles Barkley was arrested for DUI in Scottsdale’s Old Town area. Barkley was allegedly looking for “oral sex” when he ran a stop sign early Wednesday morning at about 1:30 am.

From TMZ.com: According to the officer who wrote the report, “He told me that he ran the stop sign because he was in a hurry to pick up the girl I saw get in the passenger seat.”

The officer continues: “He asked me to admit that she was ‘hot.’ He asked me, ‘You want the truth?’ When I told him I did he said, ‘I was gonna drive around the corner and get a b**w job. He then explained that she had given him a ‘b**w job’ one week earlier and said it was the best one he had ever had in his life.” And to top it all off, Prince Charles was carrying a handgun in the car. Nice, Chuck.

Well, all I can say is I hope Mr. “I’m no role model,” cleans up his act before his bid for the Alabama gubernatorial race. Between his gambling in the casinos and his gambling on the roads, Alabama might not be ready for his type of not role modeling.

In other driving news, new laws go into effect in California today. Of particular interest is the “No texting while driving” law. As of January 1, 2009 anybody caught text-messaging on a cellphone, Blackberry or laptop will be cited. And this includes while stopped at a stop light. No texting, people. First time offenses will garner a $20.00 fine with subsequent offenses costing $50.00. But beware: as I understand it, processing fees added on to the fines might bring the ticket up to $200-$300. At least that’s what happened with the no cellphone while driving law earlier this year.

So take my advice: don’t drink, text and drive while wielding a handgun for any circumstance whatsoever–not even a BJ.

One Response to Holiday DUI