Whether you have sons or daughters might be programmed into your genes. That, at least, is the latest coming out of evolutionary genetics research in the UK. According to a recent article published in the journal Evolutionary Biology, there may be a gene in males that determines whether he will father more sons, more daughters, or equal numbers of each. Wow! 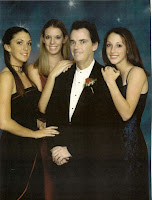 Now mind you, this is simply a hypothesis; but British researcher Corry Gellatly of Newcastle University showed, through his study of family trees and population genetics, that sex ratio is heritable. That is, the number of males born versus females at any given time can be determined by a gene in the father.

According to Gellatly, there may exist a gene that controls the X to Y chromosome ratio. Females inherit two copies of the X chromosome, while males inherit one X and one Y. So if this proposed gene is present, it can determine whether the male produces more X containing sperm or more Y containing sperm. Apparently only men express the gene; women are simply carriers that pass the gene on.

This study results from the observation that male to female ratio remains relatively constant despite population changers like war, where the number of males lost is significant. Data shows that the number of males born following events like war increases dramatically. And this isn’t a one time event–the phenomenom was recorded following both world wars. Gellatly believes this is a sort of counterbalancing mechanism programmed into our DNA. As he said in a recent interview, “You can’t get a population that becomes too skewed toward males or too skewed toward females [with this type of counterbalancing mechanism].”

The details of the study are too involved to get into in depth here, but you can check out he primary paper here, or the press release here, both which do a great job of explaining the methods used to come to these conclusions. I find this fascinating, especially since I philosophically believe that the universe is continuously moving into a state balance at all times, and in all things. So this type of hypothesis does a good job of explaining how biologically, or materially, balance is achieved in one universal aspect–organic life. Furthermore, the researchers stated that this gene is likely ancient and exists in all living things that reproduce sexually, including plants.

Yeah, makes sense. Think about it: What if early in human evolution, a disaster wipes out almost all living males. Unlikely, but possible. There has to be a mechanism in place to keep some sort of survivability for the organism. It may not be foolproof–extinction is always a possibility. But my guess is that the wisdom of the universe is much greater than we can ever imagine. Kinda cool, though, to get some inkling of how this magnificent universe operates.