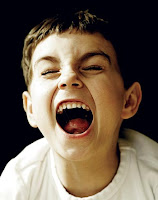 Giving Ritalin to your kid may be much the same as giving him an eight ball. Yes, you’ve got it: The popular ADHD medication causes the same brain changes seen in cocaine addiction. What? Don’t believe me? Check it out.

A recent study funded by the National Institute on Drug Abuse showed that healthy mice exposed to daily injections of methylphenidate, or Ritalin, caused changes in the reward centers of their brains, and some of these changes resembled those in mice given cocaine.

This study was prompted by reports that more than 7 million people in the United States have abused methylphenidate, using it to get high or to improve academic performance. This shouldn’t come as any surprise to my regular readers; in fact, I said just that in my book, The Six Keys to Optimal Health:


“For some of these drugs, like Ritalin, abuse has reached epidemic proportions. The Drug Enforcement Agency (DEA) lists Ritalin as one of the top ten most stolen drugs in the country. The frightening thing it isn’t just adults who are abusing these meds, children as young as twelve years old are becoming regular users. As much as 2.5 percent of eighth graders abuse Ritalin…“ 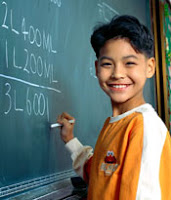 If your child has been diagnosed with ADHD, don’t accept it as a helpless situation and succumb to the pressures of drugging him. Your kids will have plenty of opportunities to damage their own brains–why be a part of that equation. Don’t get brainwashed into believing your child has a problem. ADHD, a labelled disorder in one child, is another child’s special gift. All personality traits–good or bad–exist with other aspects (we all, in fact, express every personality trait at various times); it’s up to you to see all aspects of your child’s personality. So you can nurture and encourage the positive aspects of your child’s personality, or you can drug ‘em–it’s your choice.