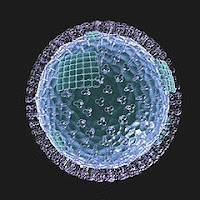 Remember my post on the unplanned flu shot study? Remember how I pointed out that only 33% of the American population had received a flu shot as of December ’08, and that only an estimated 17% more would be receiving the vaccine all season? Do you also recall how I pointed out that 80-90% of the population needs to be inoculated for protection to take place–at least theoretically?

OK, OK…you must remember all the other post of mine regarding the flu shot. Remember? You know, that I think it’s the biggest scam of the last two centuries; that the flu shot doesn’t protect against diddly (read this); that if you’ve bought into the flu shot hype, you’ve been duped royally. Well, let’s add a little more fuel to the fire.

Experts now report that the flu may be off to a slow start–flu-like symptoms have been below normal all season. Well whaddaya know. Lets see, government agency sells public on shaky vaccine–one meant to combat rapidly mutating organism. Scientific community admits difficulty getting vaccine strain right, as whole process is guessing game as to which flu strain will rear its ugly capsid in any given year. Despite this, public still buys into flu shot BS.

Rewind to 2007: Record numbers of Americans go out and get the flu shot, yet we experience the worst flu season in three years. Now 2008: People say, “Up yours!” to the flu shot and stay away in record numbers, and to date…flu cases are down! Hmmm…does anybody else smell something fishy?

Well it’s no surprise to me–I’ve been reporting this story for over two years. The flu shot is bona fide bovine scat. And you know what gives me gran satisfacción? People are getting it. Yes! But wait…is it possible that getting the flu shot, gulp, gives you the flu? Public health officials say, “Absolutely not!” But go ahead, read the side effects–sounds like flu to me. Okay…flu-like symptoms. Whatever. But check it: flu shots up…flu up. Flu shots down…flu down. Could it? Nah, it’s just coincidence…right?!?!