If It Seems Too Good To Be True 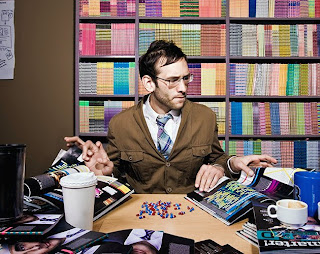 Wouldn’t it be great if there was a drug that could decrease the need for sleep, allow more time to work and study, and essentially make you smarter…without side effects? Well, if you remember my post on the subject last year, you’ll recall that that drug doesn’t exist. Oh, there are plenty of drugs that’ll keep you up and allow you to study harder–in the short term; but the one without side effects–dream on.

According to a recent study, the popular prescription stimulant, Provigil, has a higher risk of addiction than previously thought. Brain scans taken of people on the drug showed changes in the brain’s pleasure centers, which were similar to those occurring with the more frowned upon stimulants coke and meth. The study which is due for publication in this month’s Journal of the American Medical Association may break the myth that Provigil is safe for healthy people.

Provigil, or Modafinil, is known as a “smart drug” for its ability to keep people up for hours, thus making it popular with students and other academia (professors) in search of unlimited knowledge. Modafinil, however, is approved as a narcolepsy drug–that is, to fight off the daytime sleepiness associated with this disorder and obstructive sleep apnea. But why worry about that detail? Speed is speed is speed.

The “controversy” over smart drugs was brought to light last year when several scientists commented in the journal Nature that people should have the right to boost their brain power through the use of drugs like Provigil. At the time of that editorial it was thought that Provigil provided stimulation without side effects. This new study is the first evidence that Modafinil increases dopamine release–the “feel good” neurotransmitter implicated in most forms of addiction.

Well, as I’ve said time and time again, there’s no free lunch. You want to play you gotta pay. You can gain knowledge and be productive through hard work and study. But there’s simply no substitute for sleep. Sorry.