Fast Food Fascism If It Seems Too Good To Be True

President Obama and his crew have got this health care thing all wrong. Socializing–damn it, I mean universalizing–health care isn’t the answer. And the data they’re using to come to their conclusions is convoluted.

Take the latest report from the Business Roundtable, a gathering of U.S. CEOs from major companies that provide health insurance to their employees. This meeting produced the usual appeal from American businesses to get medical spending under control. Yeah, no kidding–if you’re footing the bill for hundreds of thousands of people, you’ll want costs to come down significantly. But having the taxpayer pick up the tab isn’t going to change the facts. And the facts are what’s under contention.

The conventional wisdom is that medical care in the U.S. is too expensive. The numbers show that Americans spend $1,928 per capita on health care. That’s two grand a person per year on average. This number is then compared to what’s spent in G-5 countries (Canada, Germany, Great Britain, France and Japan), all with government-funded systems, albeit different from each other. In these countries, the per capita health care spending is $1,100 (all data is from 2006). In the emerging competitive economies, the BIC group–Brazil, India and China–per capita health care spending is about $290. Looking at these numbers, I guess you would conclude that our health care is more expensive and burdensome. 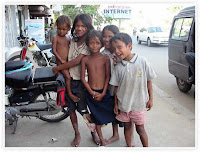 But I think these numbers only tell part of the story. To begin with, I don’t find the BIC group worth comparing. These three countries have huge populations, large numbers of poor people, and they still lag behind the more developed countries in quality of life amenities that we take for granted in the modern western world. This includes health care. In fact, I am certain that hoards of people in those countries have no health care available whatsoever. This isn’t the case in the U.S. where we have free clinics and laws against turning away patients from emergency care.

So, in my opinion, the only worthy comparison is G-5 countries. The only way to know if our care in the U.S. is too costly is to have comparative pricing–that is, we’ve got to know how much mending a fracture is, not only from country to country, but from hospital to hospital. Without that information, we’re shooting blindly in the dark. And how about an overnight hospital stay, or a shot of morphine, or how about a simple doctor’s visit–you know, those useless physicals or whatever it is that we get duped into every year. Without that information, there is simply no way to know what’s too expensive.

Then there is the issue of comfort. Some people demand that their hospital room resemble a suite at the Ritz Carlton. Hey, I’ve got no problem with that concept–money talks and BS walks, so they say (check out how this Japanese mobster got a liver transplant and five-star service in the U.S. for one reason only–cha-ching!). So lowering cost will invariably lower comfort (which I believe will lead to high-priced boutique medical care and private hospitals, and then you’ll really hear the masses scream).

Finally, by the sheer fact that everyone has government-funded insurance, I’m certain that things get pret-ty busy in those G-5 hospitals, probably similar to any big city’s general hospital–you know what I mean, looooong wait times. Swollen elbow? You’re sitting in the waiting room for nine hours, Laddy. My guess is that this keeps only the most critical emergencies from going into the ER. Anything of a lesser severity has to wait for a doctor’s appointment. There you go: controlled visits, controlled costs.

Here’s the real problem as I see it: Americans have been brainwashed–OK perhaps spoiled is a better word–into believing that you run to the doctor for any minor ailment. I can’t tell you how many people I’ve talked to in the last month who have gone to the doctor for antibiotics for that miserable cold and flu that has come upon us–the same one my daughter and I had, and got over with zero medication, just sleep, water and lots of TLC. Listen up people: antibiotics don’t do diddly against the common cold OR the flu–both viruses. So how many of you ran up the nation’s health care costs this month?

And also Americans have immediate access to medical care at any time. Call it an emergency and you can’t be turned away, or the hospital will liable. Can’t pay the bill? Most hospitals have charity plans–they’ll write off your care if you can’t afford it. So add the notion that you’ve got to run to the fancy schmancy hospital or doctor in Century City (Upper East Side, UCSF, whatever) whenever you have a boo boo; and you have the ability to do so no matter what your income level, and what do you think the result will be? You think we might spend a little more money than the Euros who are sitting at home nursing their own colds and flu?

I actually hope we do nationalize the system, because I think it’s the only way Americans will see that it’s their lifestyles that lead to their poor health.