Let it Out! Pursuit of Happiness 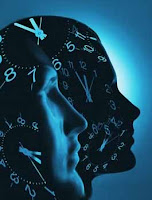 Emotional vacillations like the ones seen in bipolar disorder may have a genetic connection to circadian rhythms. New research suggests that variations in a gene known as RORB may be a molecular factor in children developing manic depressive disorder.

The RORB gene is one of the players involved in our circadian rhythm–our internal body clock; that 24-hour cycle that influences many of our biorhythms like feeding, sleep and temperature. The RORB gene is mainly expressed in the eye, pineal gland and brain–the areas most involved in melatonin production.

The link was discovered by looking at the genetic makeup of 152 children with bipolar disorder and 140 without, and variations in the RORB gene were thus found. Although preliminary, researchers believe that the findings are a good basis for further study. According to the study’s co-author, Dr. Alexander Niculescu of Indiana University School of Medicine,


“Bipolar disorder is often characterized by circadian rhythm abnormalities, and this is particularly true among pediatric bipolar patients. Decreased sleep has even been noted as one of the earliest symptoms discriminating children with bipolar disorder from those with attention-deficit hyperactivity disorder. It will be necessary to verify our association results in other independent samples and to continue to study the relationship between RORB, other clock genes and bipolar disorder.” 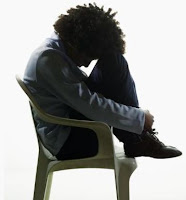 I find these results interesting, not because I’m such a big genetic-cause-of-this-or-that-disorder believer*, but I do think that our biorhythms are vital. It is my observation that the more people push the envelope on that end–that is, disrupt their natural rhythms–the more physical and mental processes become disturbed. I know this sounds obvious, but I believe the disturbance is much more drastic than we even give it credence now. So it doesn’t surprise me that they find connections between disrupted circadian cycles and vacillating mental/emotional states. And I’m sure either one can lead to the other.

The reason I don’t buy into the genetic cause assumption is that I know many factors are involved in gene expression like epigenetics. Essentially what we express in the material world is influenced by many things like the environment and even our mothers (I know, I know; but Freud aside, it’s true).

So the interesting thing to me is noting the rhythmic imbalance, both chemically and mentally, of the person involved. Bipolar disorder is a massive mental/emotional imbalance that is going to affect sleep, eating and other physiology all the way down to the molecular and genetic levels.

Great start to this study–we’ll keep our eyes open for more info in the future.

*Epigenetics has always been all the weird and wonderful things that can’t be explained by genetics. ~ Denise Barlow (Vienna, Austria)