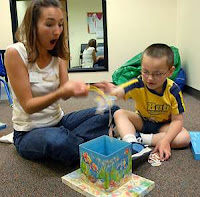 Encouraging news for parents of autistic children: The first rigorous study of behavior treatment in autistic children as young as 18 months found that two years of therapy can vastly improve symptoms, often resulting in a milder diagnosis. Although small (only 48 children), the study out of the University of Washington had such encouraging results that it has been extended to several other sites.

Autism is a neurodevelopmental disorder characterized by by impaired social interaction and communication, and by restricted and repetitive behavior. These signs all begin before a child is three years old. Children with autism might also have co-morbid disorders including intellectual impairment, seizures and anxiety. The parts of the brain involved in autism include the frontal lobes, amygdala and cerebellum. 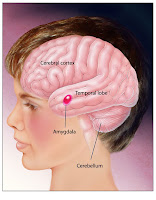 The study showed that early autism treatment led to increased IQ and improved language skills. Almost 30 percent of the children receiving early treatment were re-diagnosed with a less severe form of autism after two years, versus 5 percent of the others. No children, however, were considered “cured.”

The study followed the Early Start Denver Model (ESDM) of early autism treatment, a form of behavioral training that focuses on social interaction and communication, which are both difficult for many autistic children. Because ESDM believes that families should be at the helm of their childrens’ treatment, parents worked along with therapists in teaching coordinated, interactive social relations through rewarding social engagement and developing joint play activities designed to build skills and “fill in” learning deficits. If you are interested to learn more about ESDM, please visit their site here.

This is very good news for autistic children and their parents. Early autism treatment is not new–the Son-Rise home-based program has been around since the 1970s–but this is the first to show, empirically, behavioral treatment improving outcomes for autistic children. Autism is complicated by many factors including classification and which treatment option is best. This study at least moves the field of autism treatment a little closer to verifiable and reproducible results. Bravo!